I have managed to play several games recently and they have been good fun. I should have probably rested as I am working around 50 hours a week and am quite tired but you can never say no to Napoleonics.  The first game was a re-fight of Quatre Bras but in this game the French did not know it was a re-fight.

Andrew and I commanded the Allies while Ross and Jim took the French. 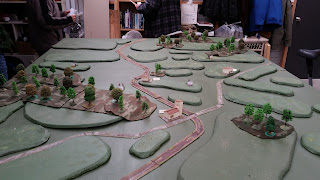 The game started with the 3 Dutch\Nassau\Belgian units being spread around the villages while hordes of French appeared. We were hidden of course so it was only when the French got near did they find out what was in front of them. 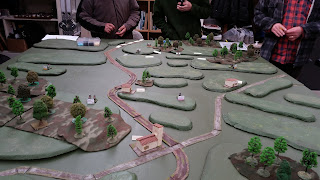 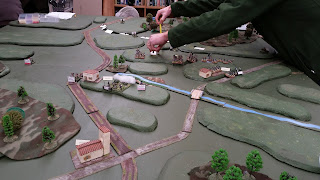 As the french advanced the light artillery opened fire and knocked over a few stands of Frenchmen,. 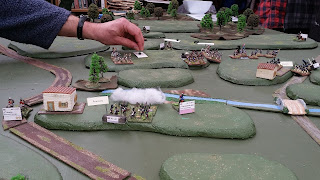 While the French got close to one of the farms and found it defended by a single battalion. 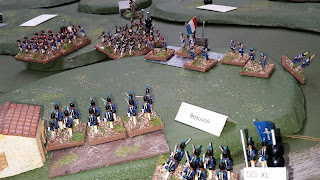 They promptly threw this battalion out with ease and sent it swarming back over the stream. Luckily for the allies the reserve brigades were arriving on the field and Dutch managed to shore up the line. 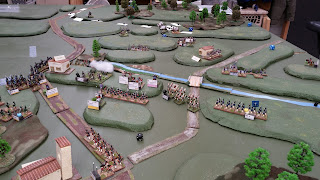 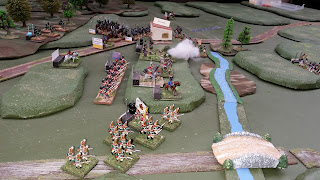 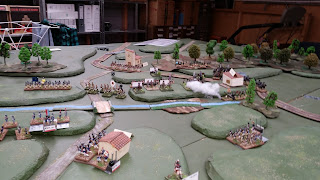 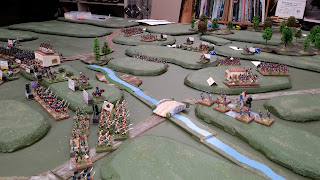 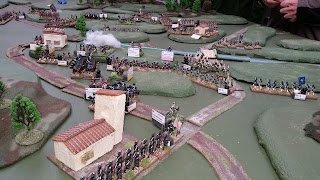 Pretty soon it was red coat heaven as he main British forces arrived and saw off the French. 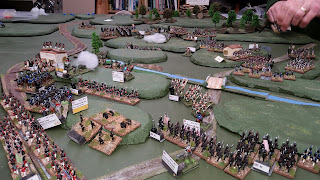 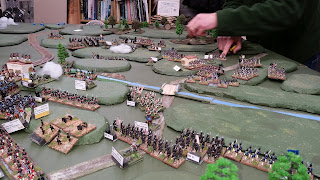 The last moment of the game saw the French Cavalry charge British infantry - it did not end well. The Lancers did not charge home and the Cuirrassiers could not do much against the infantry. 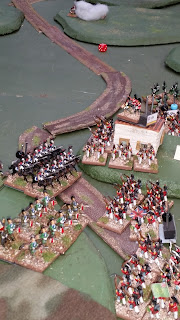 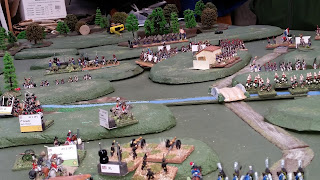 Another enjoyable day. The scenario was quick and most likely should have let the French have some more time to get going. But alas British history will say otherwise !

I like the way the game builds up over through the slide show. Occasionally I kinda miss those games...