My final night in New Caledonia, the French holiday hotspot in the middle of the pacific. After several days of subjecting the locals to my not so fluent french I finally caught up on reading blogs.

I would also kill for a cup of tea. Milk is hard to come by here and I have had only one brew in 4 days. NZ tomorrow and a good few pots of darjeeling are needed I think.

Now allow me to direct you to a report of my Spanish armies latest outing - a stunning victory at San Cristobel. 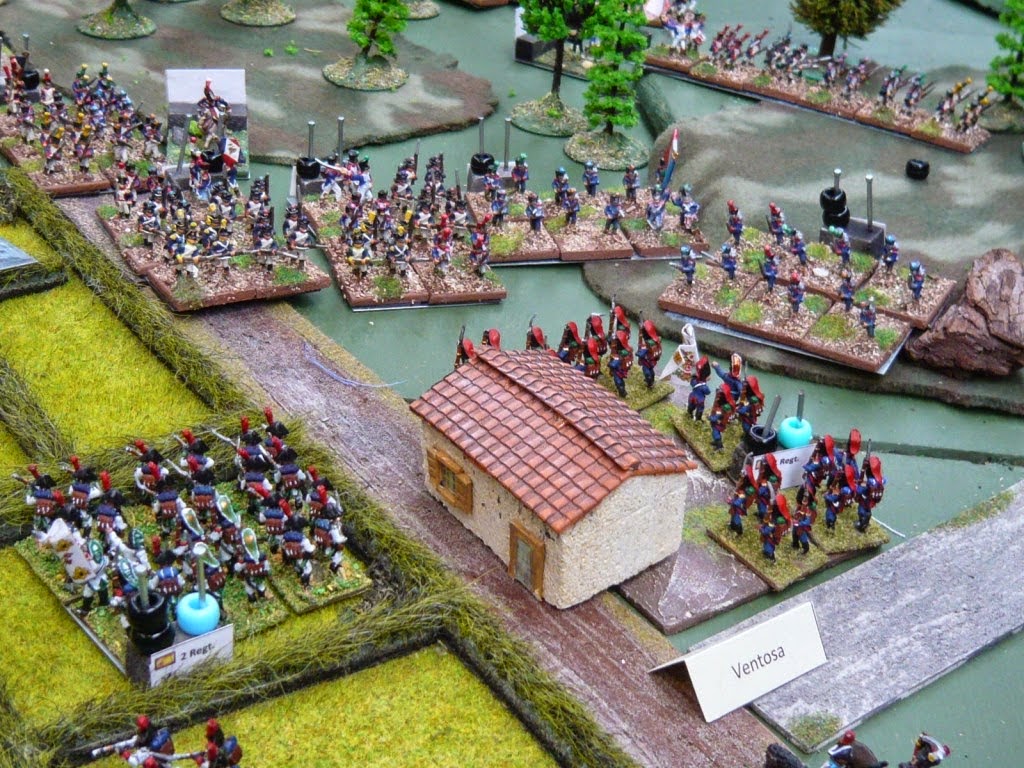 Paul, Duke de San Cristobel and myself conducted a fighting retreat with the utmost precision against French forces trying to cut off our line of retreat. The Spanish army moved in unison, fought in unison and bloodied the french with every step. An absolute miracle !

(You know things are going well when half way through the game you have only taken a single hit and the enemy has lost regiment after regiment.)

The little village at Ventosa was a salient in our line but I thought it would fall quickly. The french scoffed at the troops there so I made a simple statement.......""Look at them they have bearskins on".


And thus started the legend of an Epic Spanish Victory

Luck was on the spanish side this day. When a devastating volley was needed it came, when our position became difficult the french stumbled and we made our escape. When the French finally managed to clear their traffic jam and spread across the field I thought "oh dear this is about to turn ugly". Infantry upon infantry across the line, cavalry looking at my donkey cavalry. And at that moment they became distracted by Ventosa and it brought us precious time indeed.

A thoroughly enjoyable game all around. To make things better we just wholloped england in 12 overs. I must have been the only person in Noumea watching it, drinking bad french beer and yelling at the tv.

I joined the 54mm painting team for the Museum display and got myself all ready to paint my 40 figures. So here are the 5 figures I received two weeks ago which I was given which I must say left me a little downhearted. Don't get me wrong the logistics issues are very understandable (Canterbury  charged into it with heaps of us getting stuck in) , it was mainly my enthusiasm and impatience that got the better me as I was all set to charge into it due to my preference of doingf far too much all at once. Seeing other painters in the north island painting 10's at a time does not help - such is my eagerness to paint more of them.

I have done the initial base - coat so all that is left to do on these is the wash and highlights. I'll leave these till I get some more as I prefer to do these things in bulk. The figures are all mostly the same uniform but I did the 5th one differently to see how the change would look for future figures.

The arms on these lads were an absolute bastard to glue on but once done and filled it wasn't too bad. 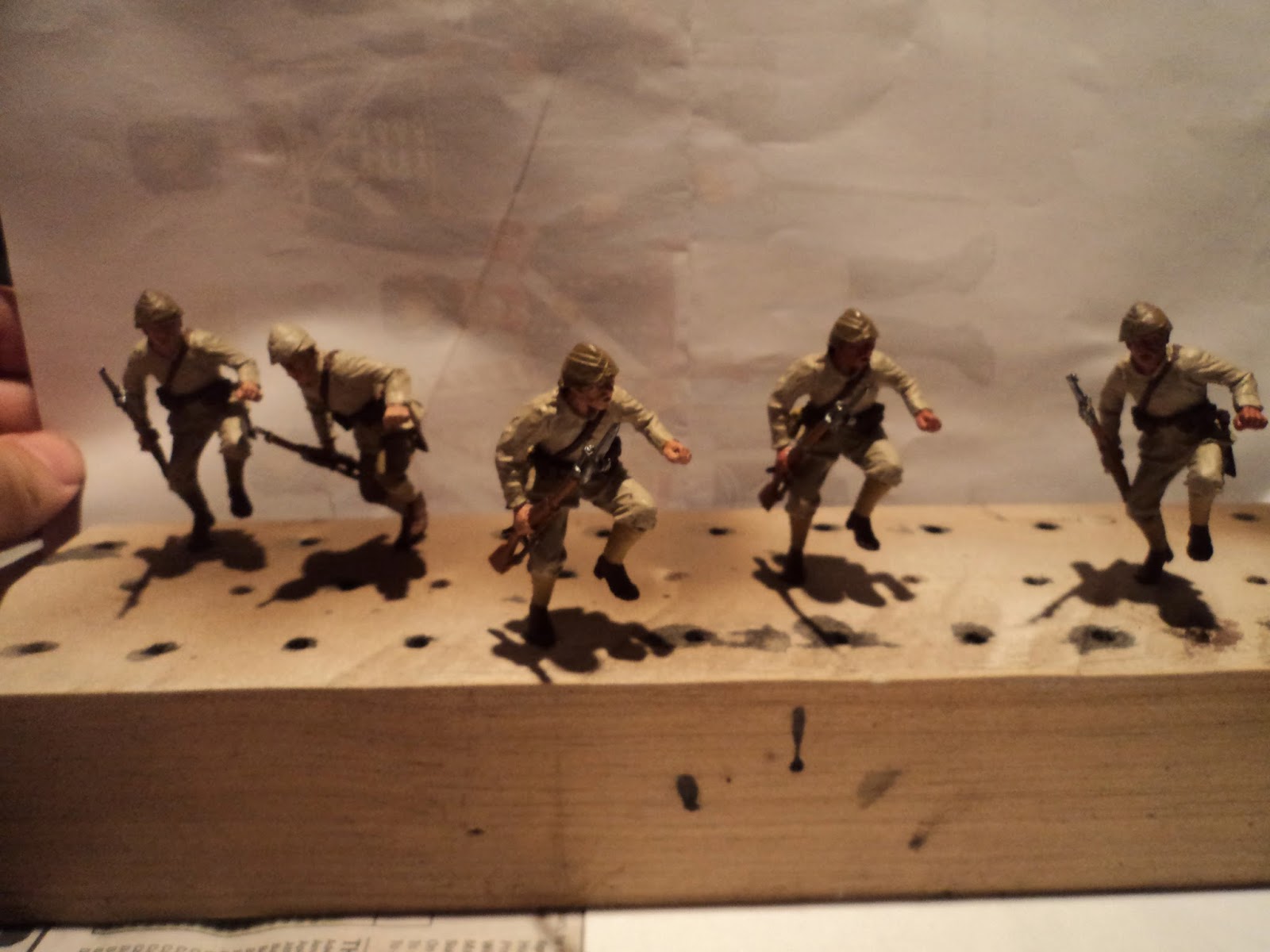 I am painting up some small 1/72 forces for some Solo skirmish gaming. some Strelets Romans, more like 25mm than 1/72 but they look quite fine fellows. They will be my human forces for my Fantasy land. 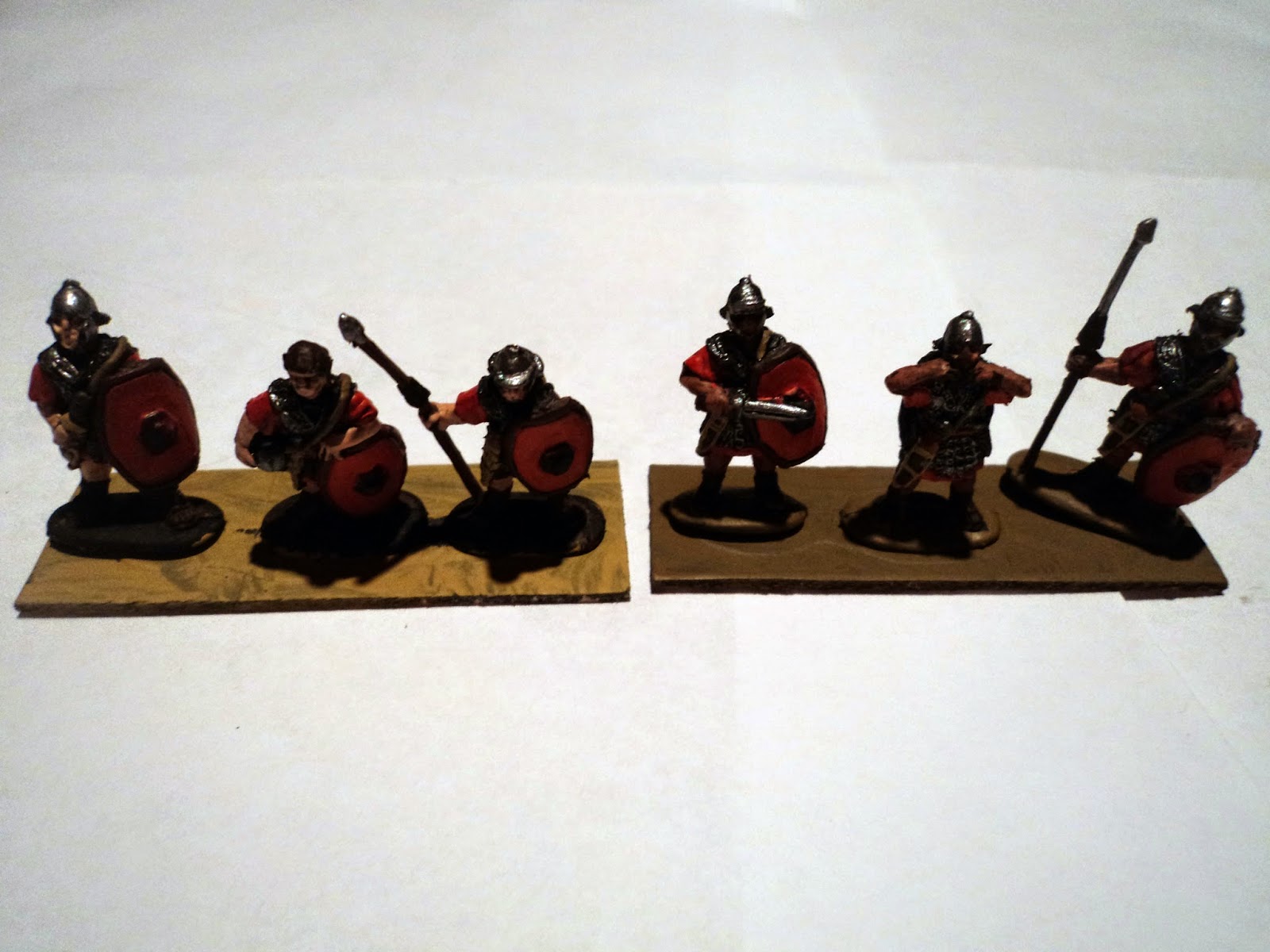 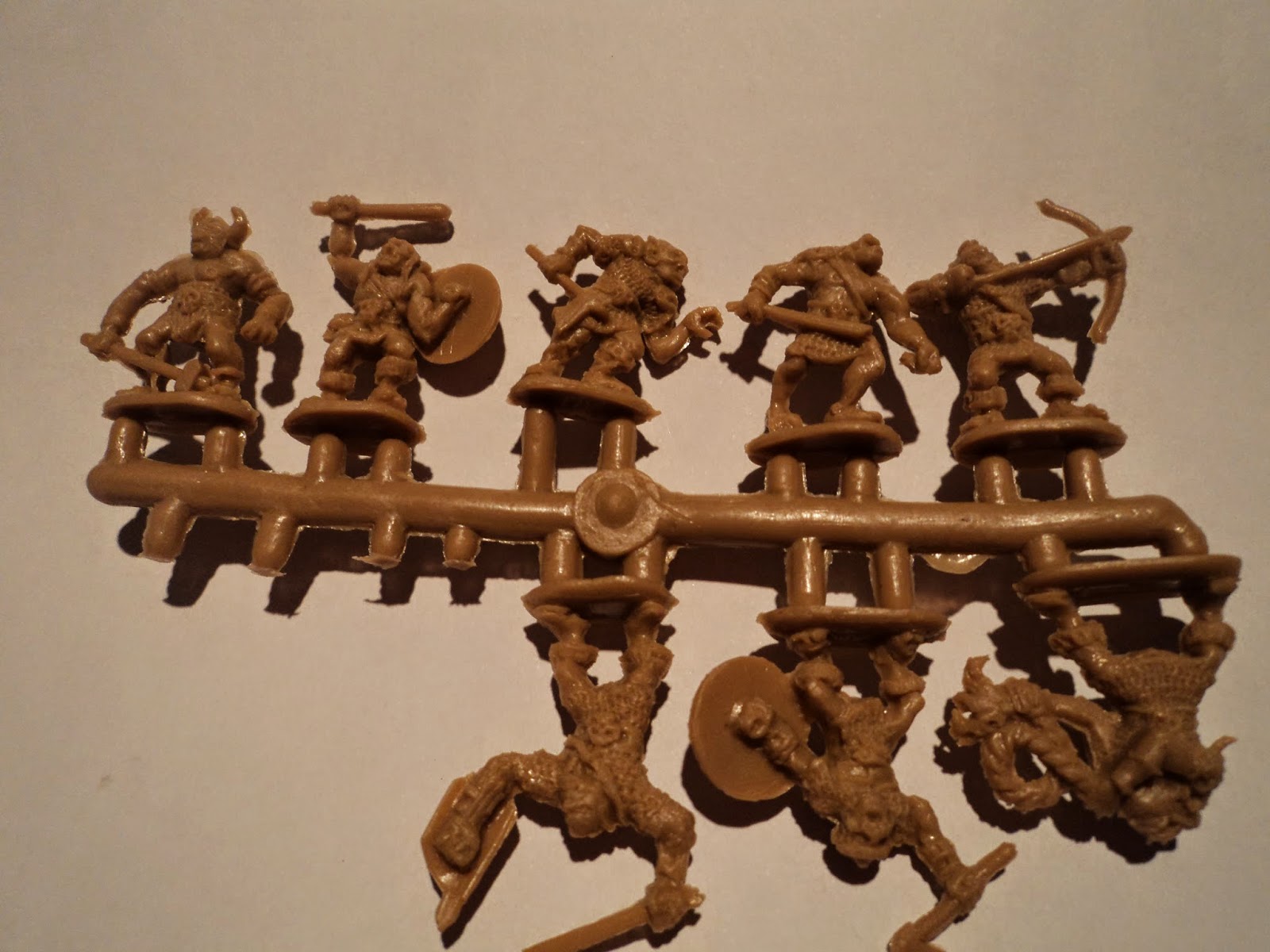 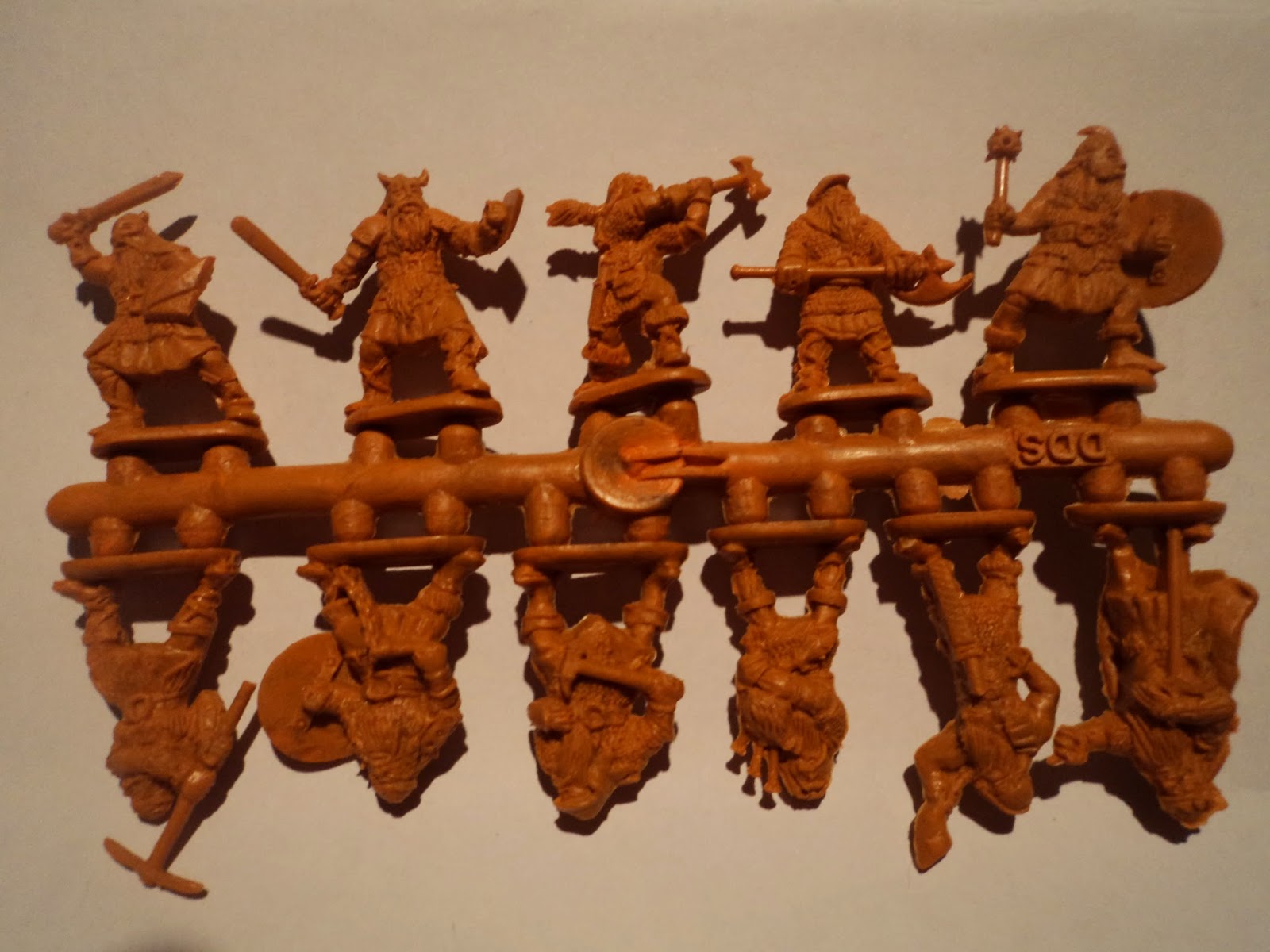 Dark Alliance Half Orcs or alternatively(well I call them this) called "Lord of the Rings uruks" considering they are sculpts from the movie scenes. They even have the white hand on the shields. 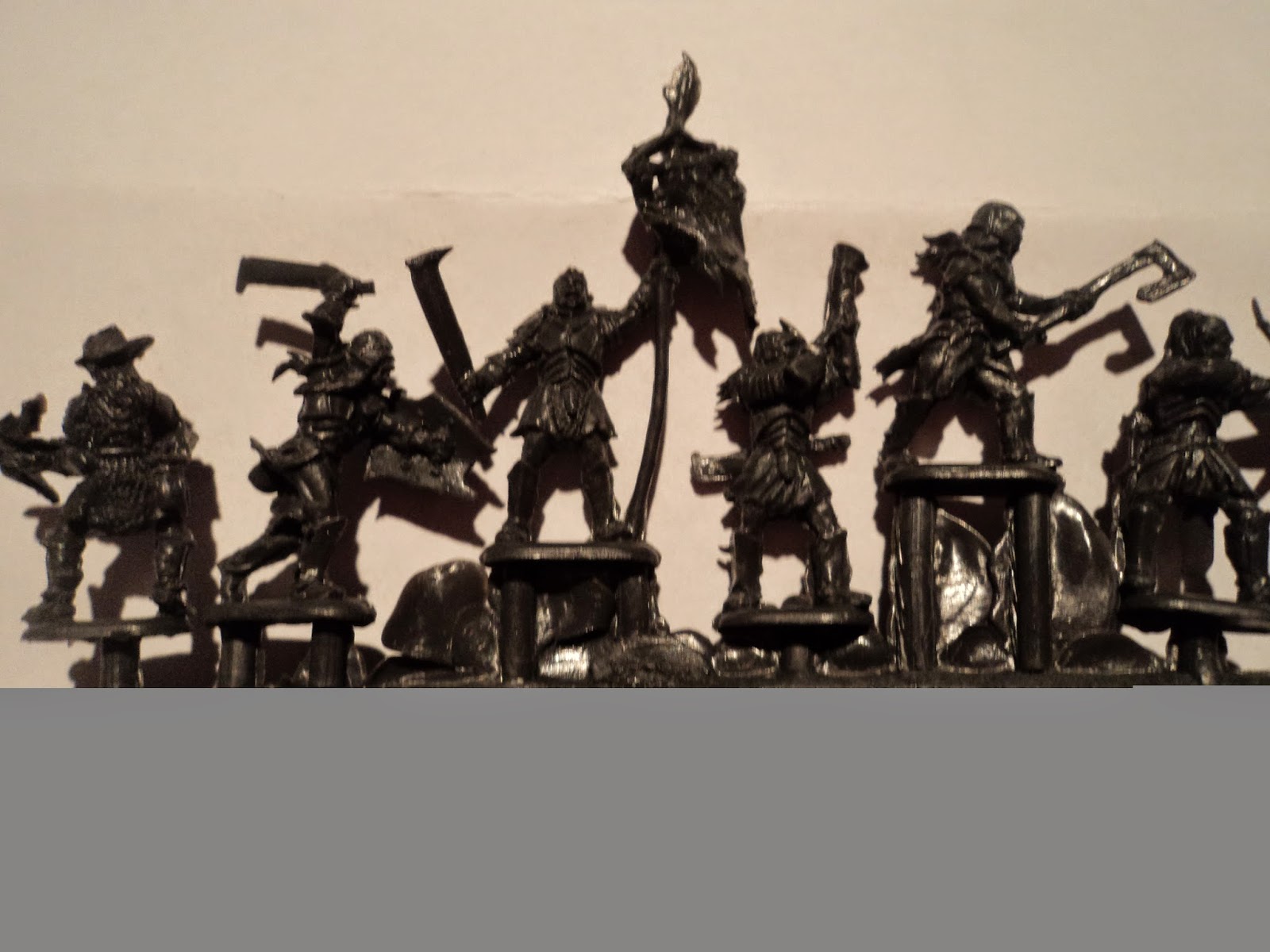 And a 15mm British RHA gunner I'm painting for Colin. Over the last few years I have seen these chaps sitting in Colin's garage and as thanks for his hosting of games I said I'd paint them for him. 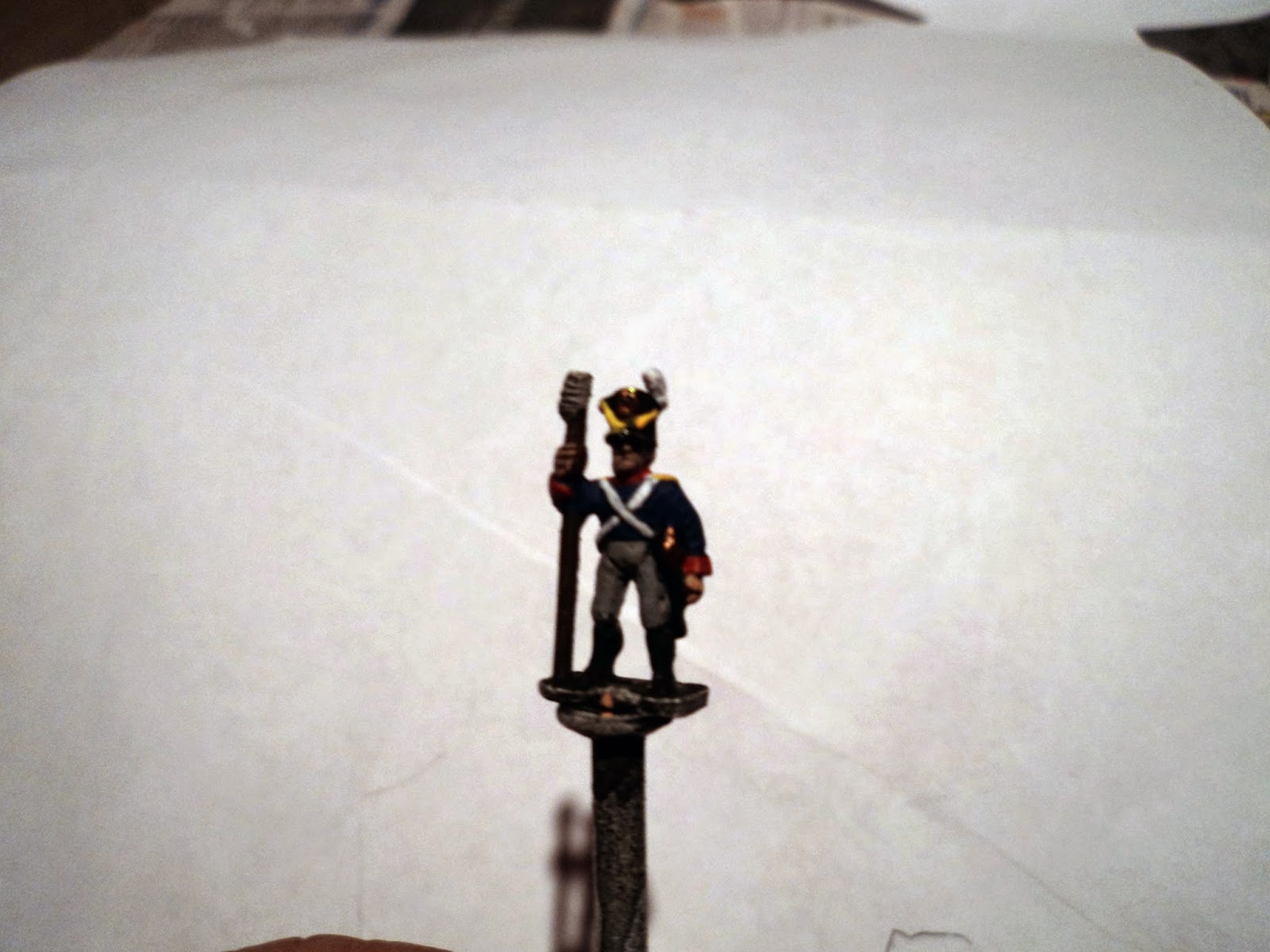 Very soon I will post an incredible bias account of my Spanish Army giving the french a damn good hammering.
Posted by Jacko at 7:16 PM 3 comments:

In my new role I have been extremely busy with some long days recently, hopefully in the next week or two things will settle down. I have not done any painting at all apart from put some 54mm figures together and fill the seams.

I did take some pictures of my painted Hinchiffe Saxon's. They are yet to have their bases completed as I simply don't have the time. I've tried black lining for a change to see how they look - not bad I think given the state of the figures when I picked them up 2nd hand. 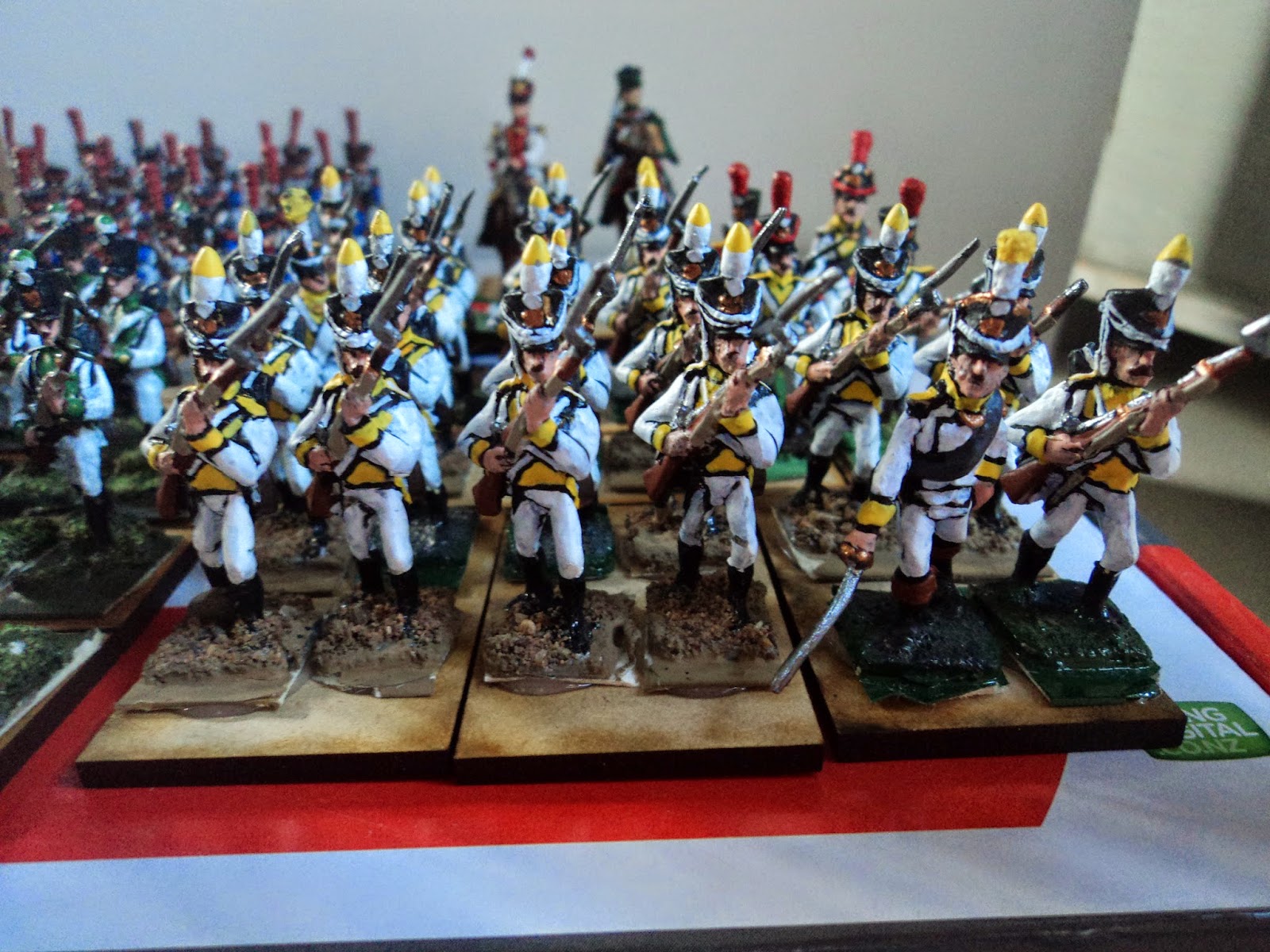 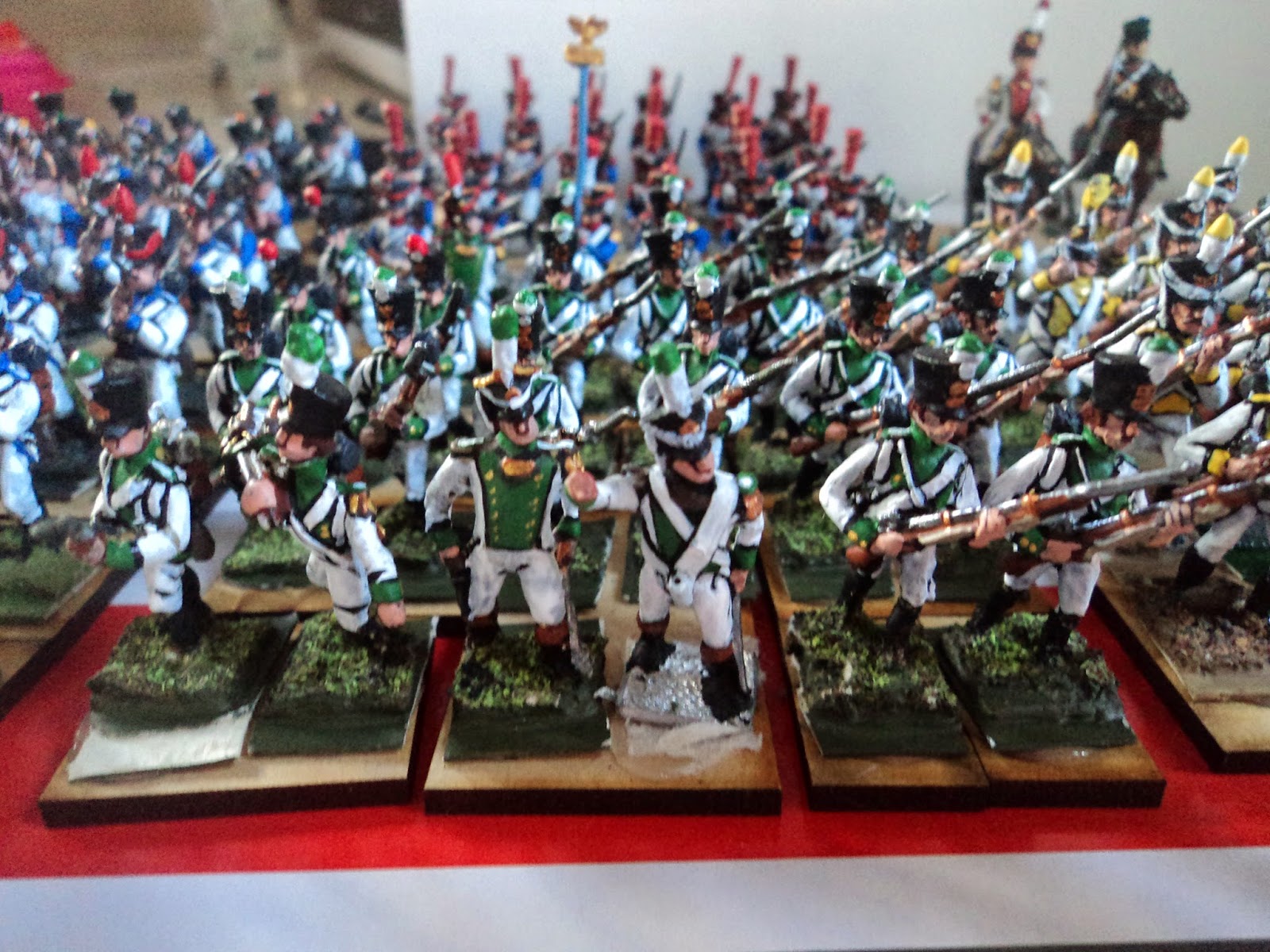 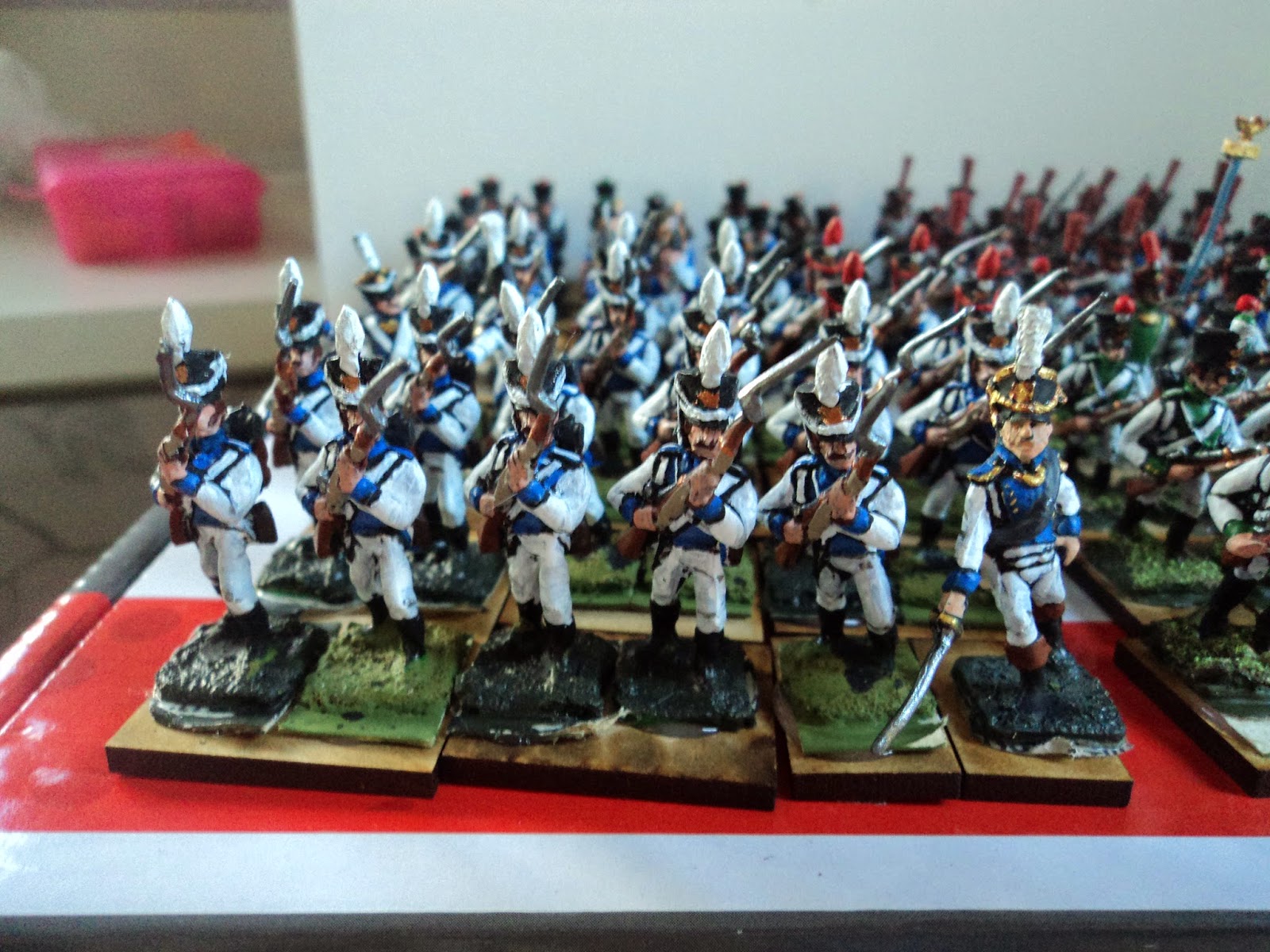 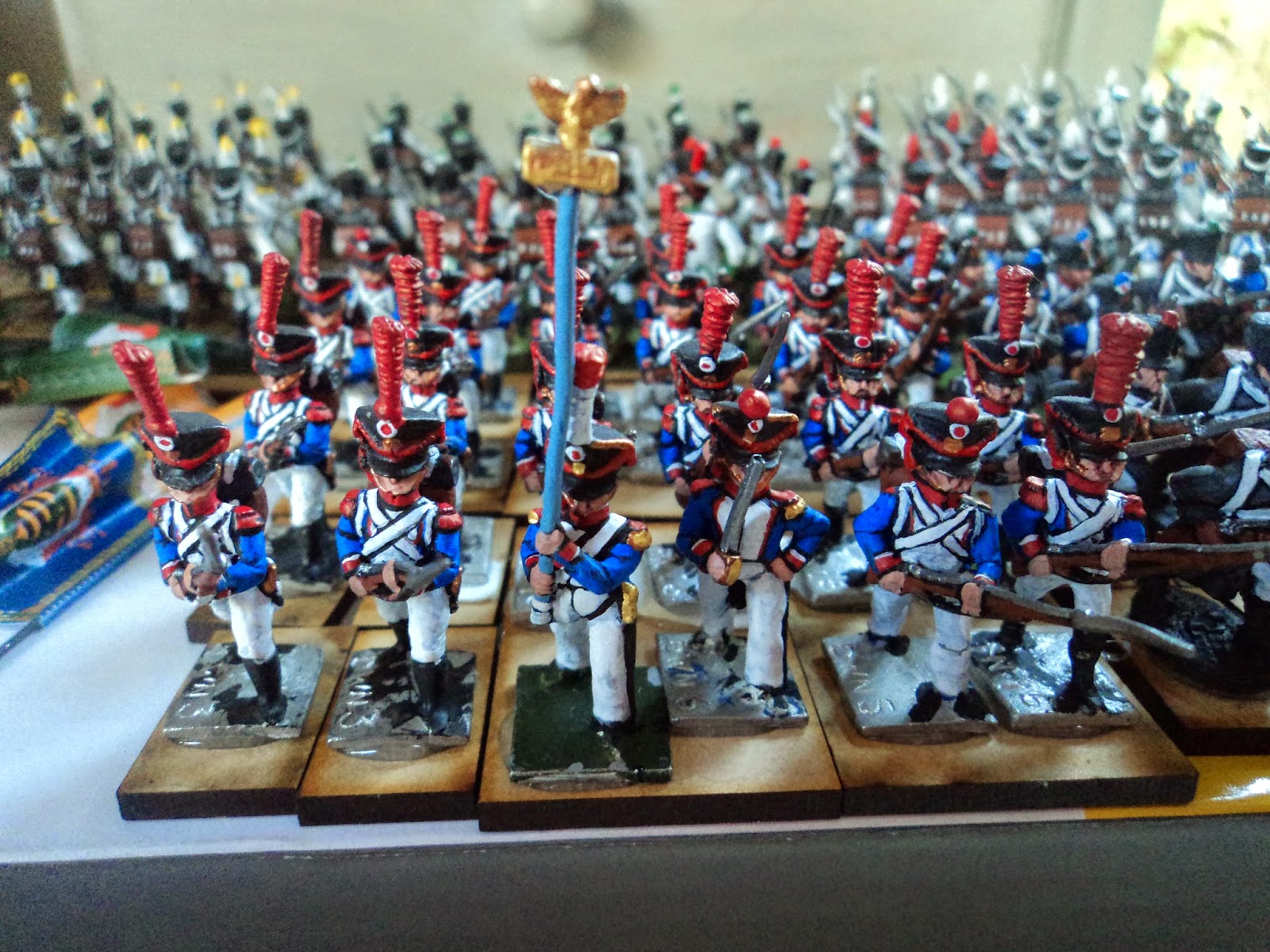 And some hotspur figures. 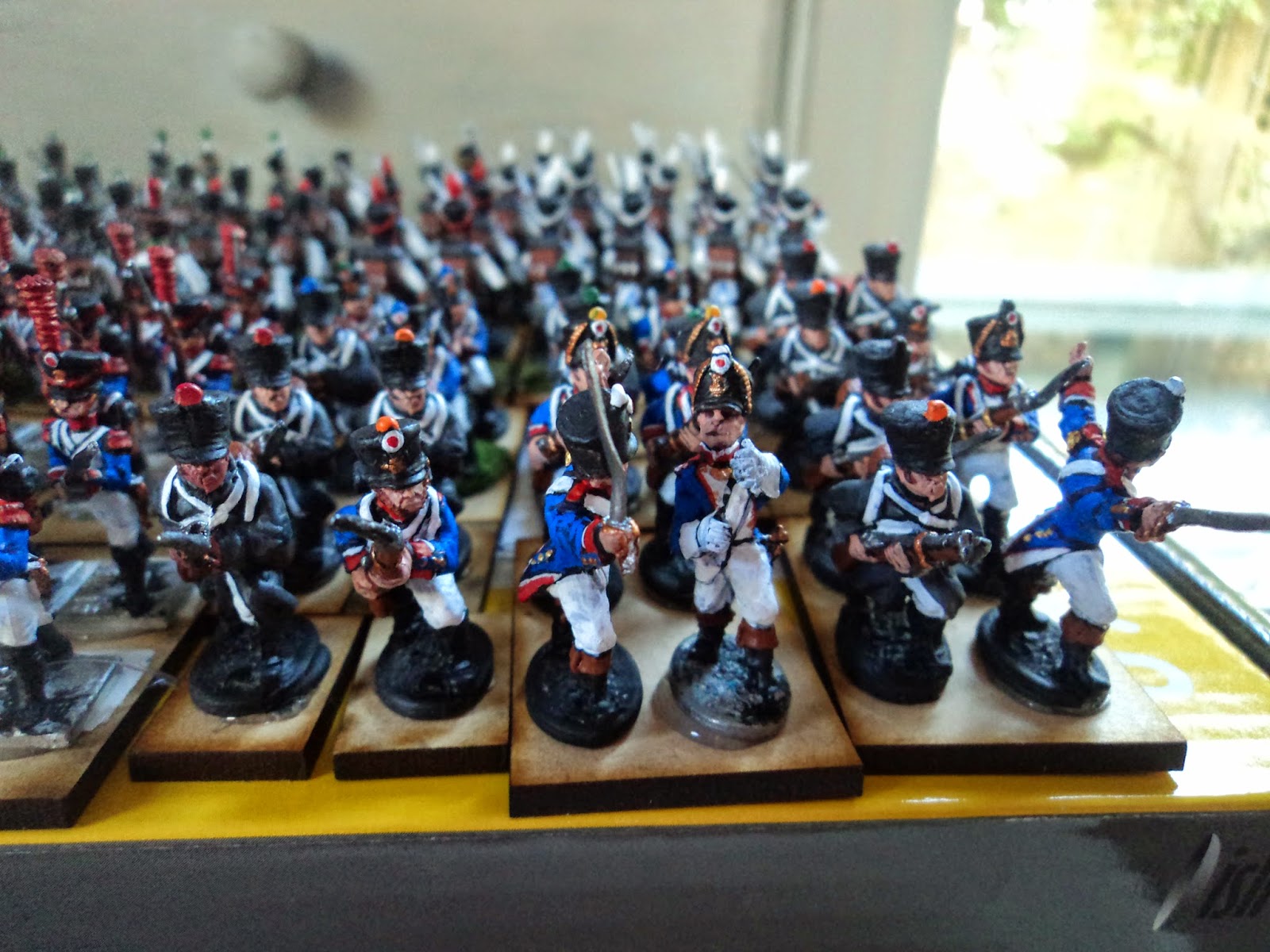