While I am extremely busy in life and work, I have at least tried to do some "wargaming" tasks per night. The above WW2 drive also had me thinking about other ideas and scenarios I wish to pursue.

But first some pictures ....German Paras (Italeri, Revell and Orion) and Infantry (Airfix and some Esci) and British Infantry (Esci) in the box of "glued". 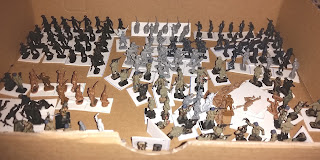 Airfix also released a new infantry kit for British - I rather like these. 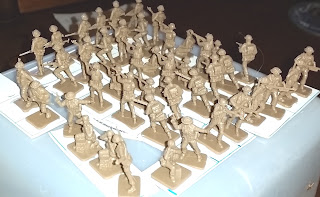 As a fan of Command Decision I have always wanted to get back into some small games, I have also used Rapid Fire before so I've been thinking about small campaigns I can play at night. Nothing more than a Battalion or two in size but enough to satisfy my urge - I have always wanted to do the Pacific (Kokoda or other small actions) and an invasion of a Channel Island.

I picked up a set of the Solo WW2 Battle and Campaign Rules "Fight Your Own Battles" and "Fight Your Own Wars"  (http://www.fightyourownbattles.co.uk/). A very interesting read and more to come on this subject.

The motivation for this are simply classic movies

"The Eagle has Landed" and "Too Late the Hero", both Micheal Caine movies that would suit small scale actions.

It's been along hot summer. I have done a lot and have a series of blog posts ready but I never seem to finish anything to post. Luckily the weather turned here as a cyclone came and it was nice and cool - perfect painting weather.

Archduke Piccilo and myself have been getting ready for a Desert War game using the operational rules. My Italians have needed to be finished, but that has now expanded into the 8th Army vehicles.

I have been quite industrious here. I based all the infantry and tanks, and then spray painted them  (Desert Primer for the Italians and Light Sand for the British).

The vehicles were then given a dose of Army Painter Quick Shade, and I am really please with how they came out. I am currently painting the infantry equipment and then they will be quicktoned too and I'll finish the bases. 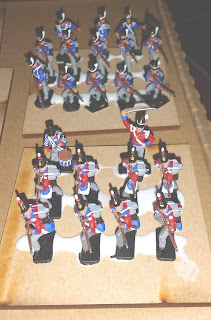