Archduke Piccilo and I sat down last night to try out the NQM rules so we could make sense of it all.

Some pics from those tests. Dug-in Romanians take on the Soviet Hordes. In these tests the Romanians were always wiped out but they often took a lot of Russians with them. 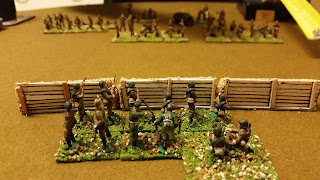 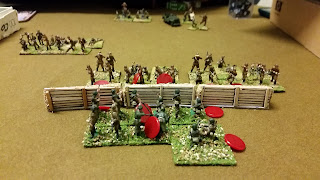 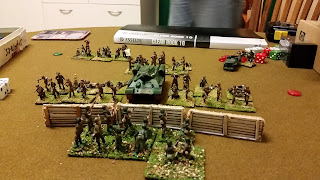 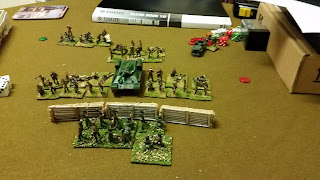 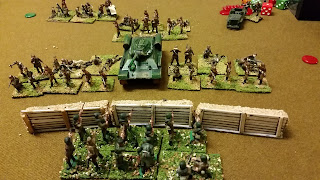 I am currently firing out stands for the 3rd Romanian Army I plan to use at some point. 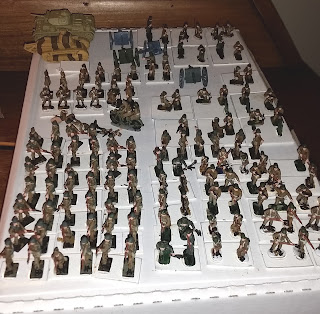 The above are infantry, AT gunners, Engineers, Command, Gun Crew, mortars and MMG's.

Archduke and I had a working bee to get it all started and we shall try the rules out at some stage with a very simple scenario. What better reason to burn through the hours getting these chaps ready.

They consist of:
So not accurate for the rivet counters but I make do I with what I have.

Its also getting me back into the swing of things. Archduke and I were supposed to have another bee a few nights ago but as its winter  we have the usual colds running around which delay things.