Fletchers have almost finished the house and they took their sweet time doing it. We stayed at the Top 10 Holiday park in Papanui and it was pretty comfortable place to stay and good for my daughter as it had a tonne of playgrounds. But onwards to wargaming !.

Hayden and I managed another 6mm ACW game where my Stonewall Brigade defended a ridge against twice as many Federals. The game highlighted more flaws in the Polemos rules and the poor command control system for small games. Basically a Veteran Infantry Regiment armed with smoothbores pretty much toasted the entire attack. So now we are looking at changing the rules to allow for some form of strength points or playing volley n bayonet.

Part of the Army of Extremedura was attacked by a cavalry force as it retreated from Puebla De Rodrigo (Near Ciudad Real) and was destroyed. There wasnt much I could do here apart from try and kill some Frenchmen, which I did but when French Cavalry can move 36inches in a  turn your pretty much poked. Having no cavalry while up against myriads of French Cav backed by Horse Artillery really was a foregone conclusion but it started to highlight some of the issues I have with the ruleset regarding Charges and the use of Pip Movement.

Puebla De Sanabria
I had advanced towards Salamanca with a force under General Espsana, I know there were French near but seeing as thought my allies (.....looks off into the distant hills...) seems to be trapped in Portugal I thought I try and suck some French into the NW and like a moth to a light bulb they came. 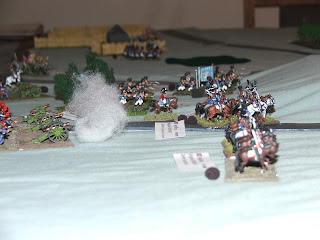 Below the Militia troops hide on the top of the hill from the menacing French Artillery. 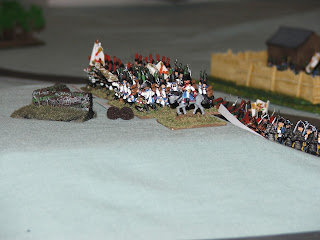 Below the Spanish Defences of Puebla de Sanabria consisting of the 2/3 Aragorn Regt and a medium battery. 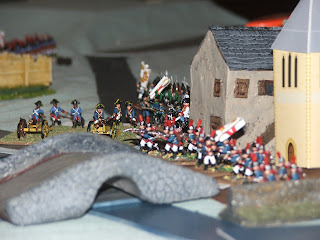 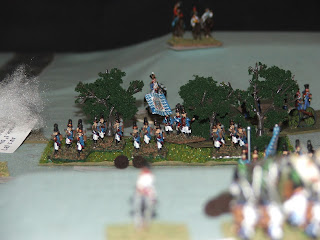 The Bailen Regt secures the Walled Farm while in the distance French legere hordes start a flank attack. 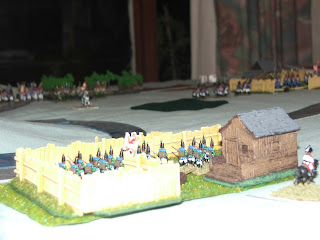 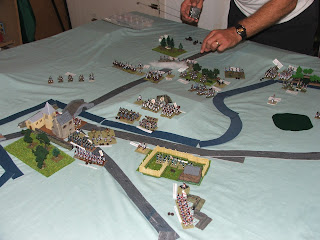 More French Legere (Like how many do you need ?) attempt to pin the Galacians 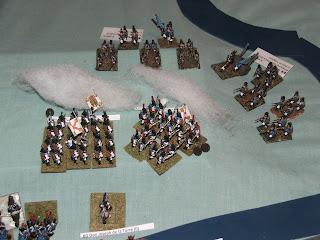 Trouble - the generals die in one foul swoop and the force stops reacting well. 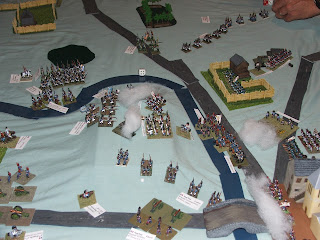 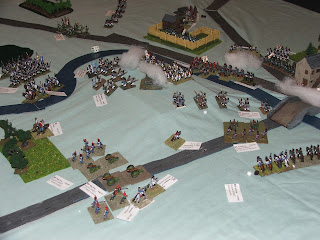 The Spanish attempt to retire but lack of cohesion hinders them, swarmed by light infantry the game was pretty much up. 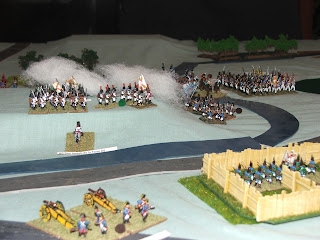 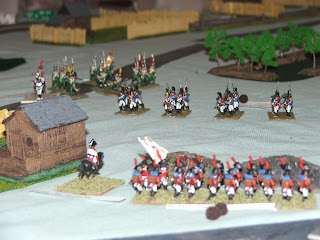 The end, generals finally return to action but its all too late. 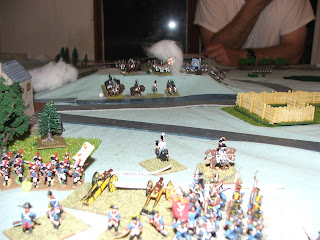 Honestly what a shit of a game lol. The rules have a few (I believe ) holes that limit the defender in certain circumstances yet empower the attacker to do as he pleases far far too quickly. But far too many lopsided battles where I can barely move and the French have a heightened sense of ability and simply rampage everywhere.  I know the Spanish Army very well yet under these rules its almost impossible given the broad quality gap that exists. 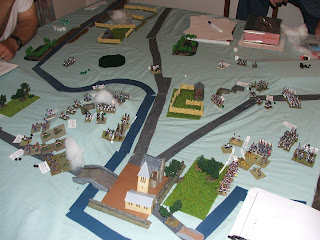