I have been painting some more 1:72 Modern figures for my Modern-ish campaign (It all started from the Coup de Etat scenario in Charles Grants "Programmed War Games Scenarios".

Some time ago I created an area with the local State, the Russians and Nato\USA and the general plan for the campaign. Unfortunately my plan I hatched last year has resulted in real life dealings in the Ukraine - I should sue Overlord Putin for copyright. (Jokes aside I hope its all peacefully resolved) .

Anyways I've used a match of Italeri WW2 Soviets for my local State.

The local Police force - They remind me of the ever....so friendly Russian Border guards I met back in 2002 - Stern as ice but happy once bribed. 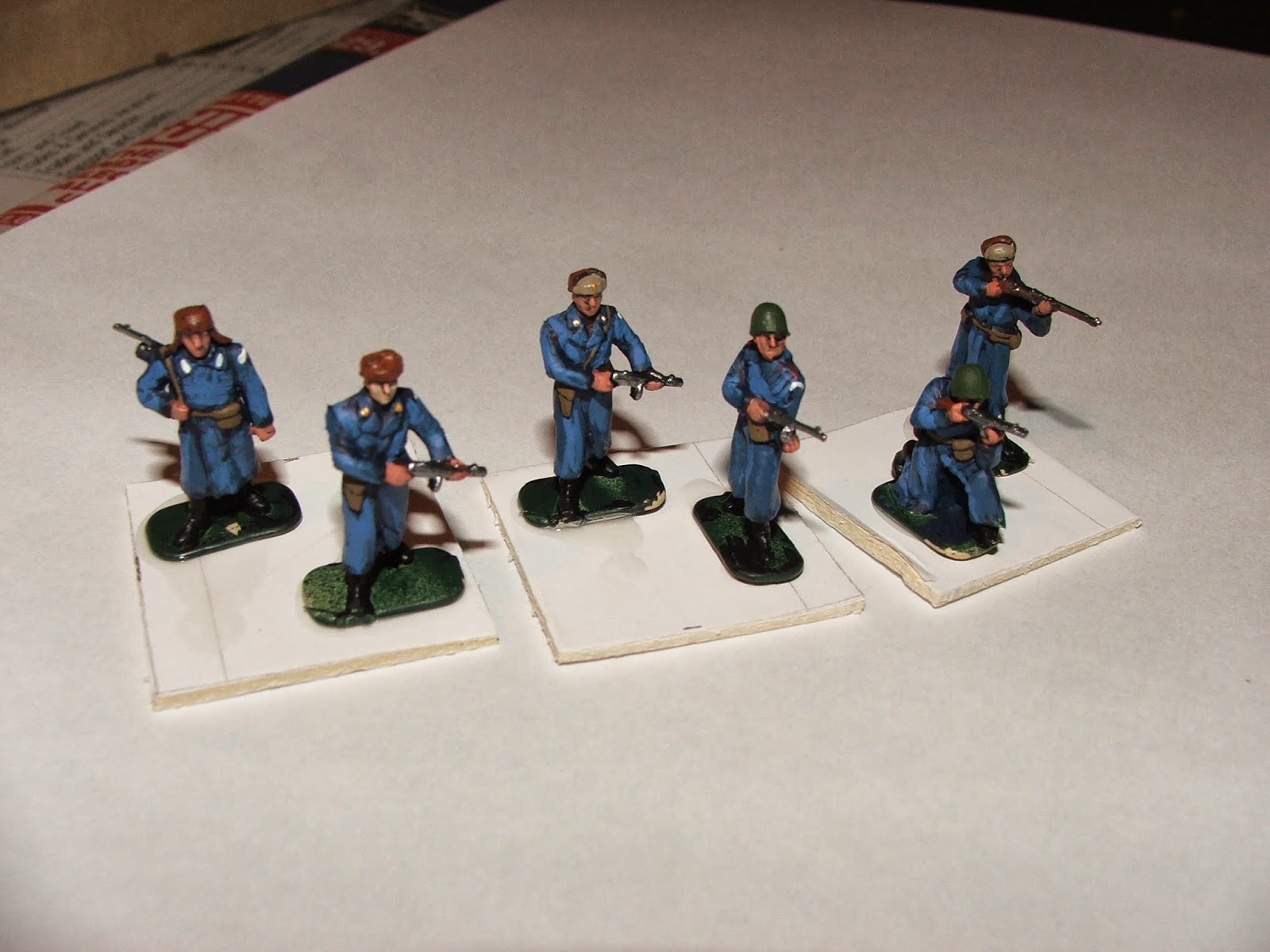 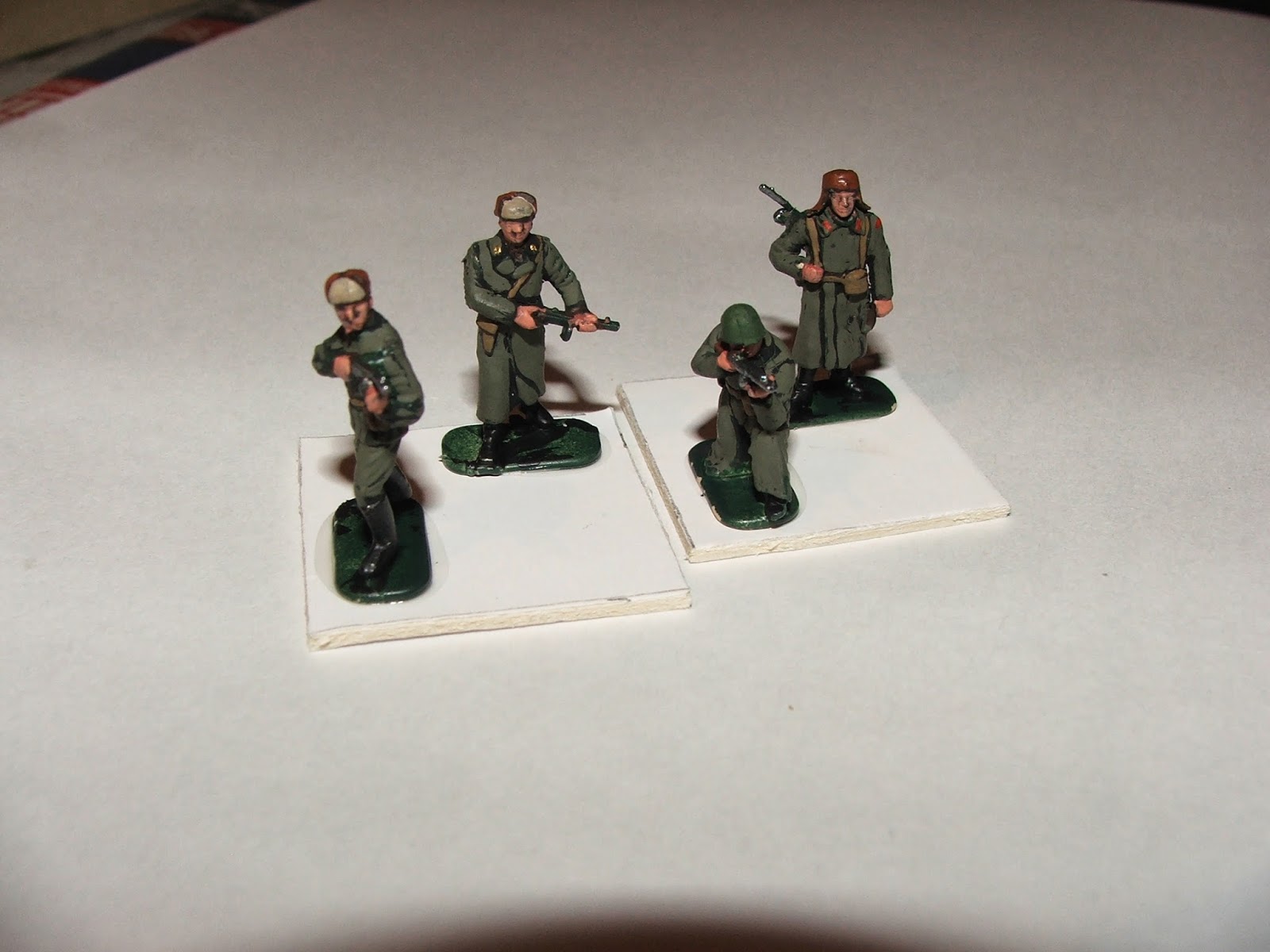 The Russian Special Forces who arrive to "help". 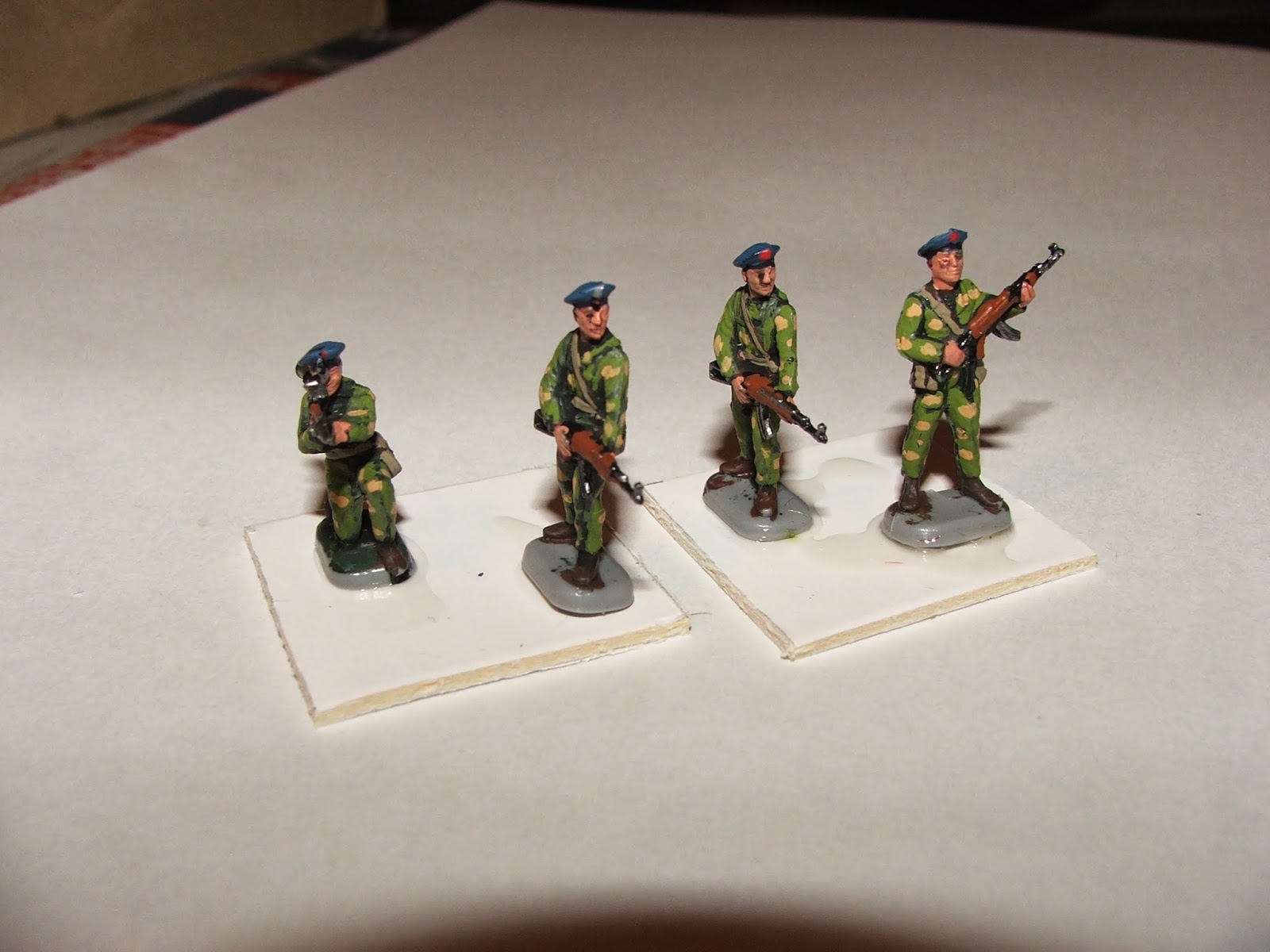 Nato forces (Italeri US infantry) who arrive to "help" aswell. 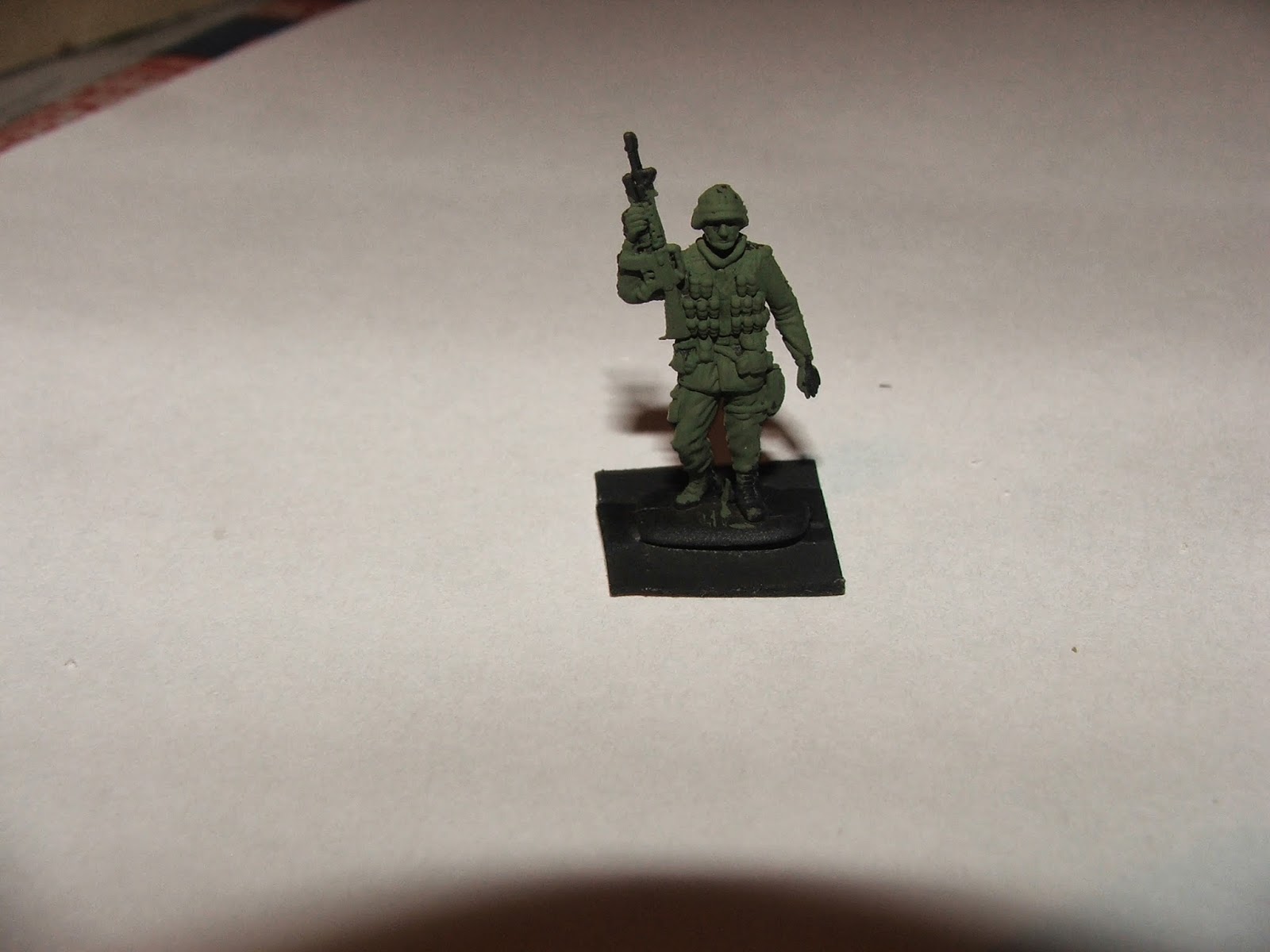 I had hoped to achieve a lot this week but I have managed to pick up a cold which has curtailed things a great deal. I am off to Melbourne on Friday night for most of next week so hopefully I'll get to visit the great Victorian Hobby Centre and pick up some figures unavailable in NZ or simply have a good nose around in a fully stocked hobby store.

In the meantime when I was bored I painted some 1:72 Napoleonic to use for the odd Skirmish games.

Quite a nice pack this one, the figures are a lot skinnier than the French counterparts. 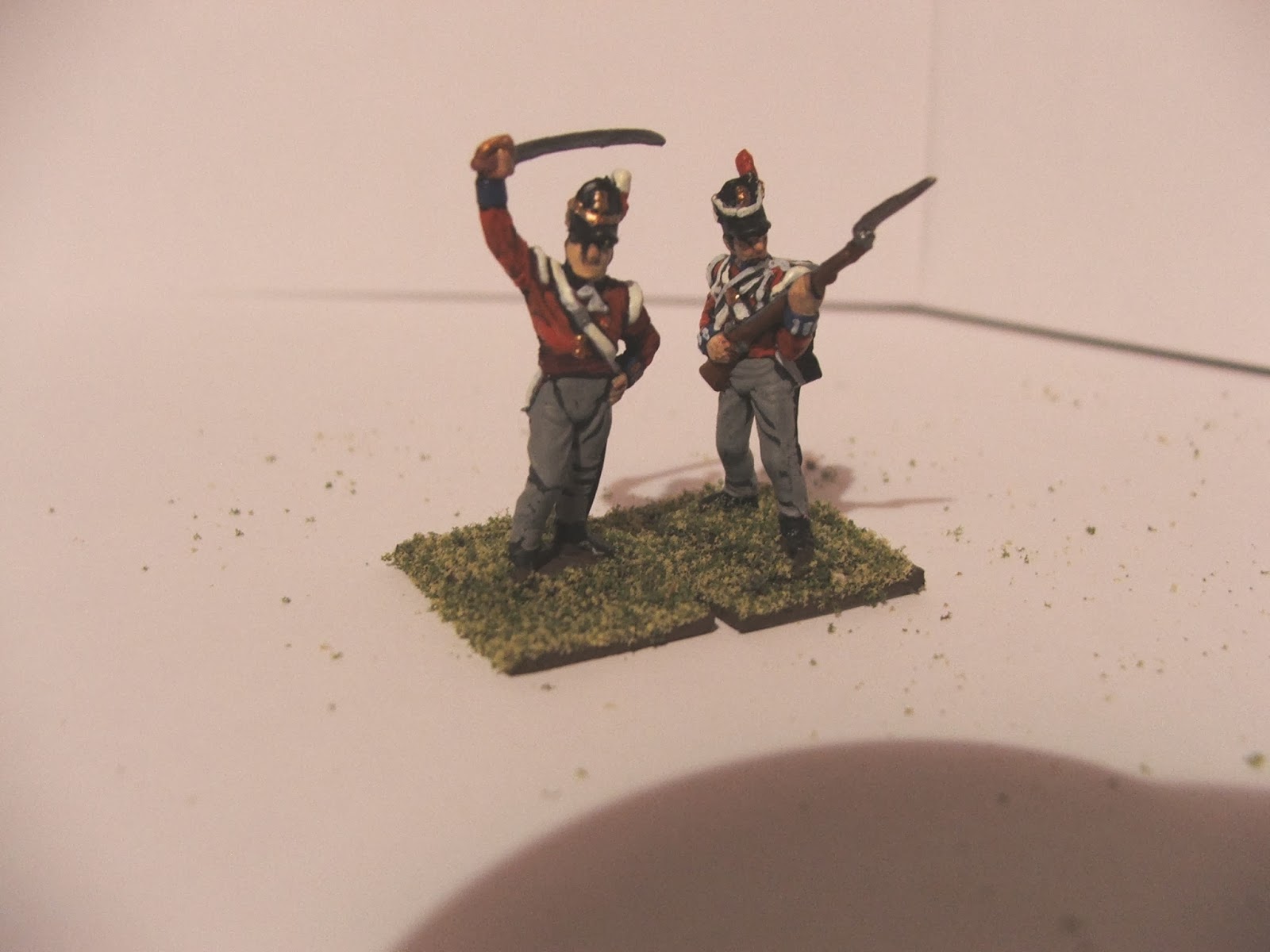 Another nice set , the figures are chunkier than the old Esci ones I used to have. They paint up well and really look the part. 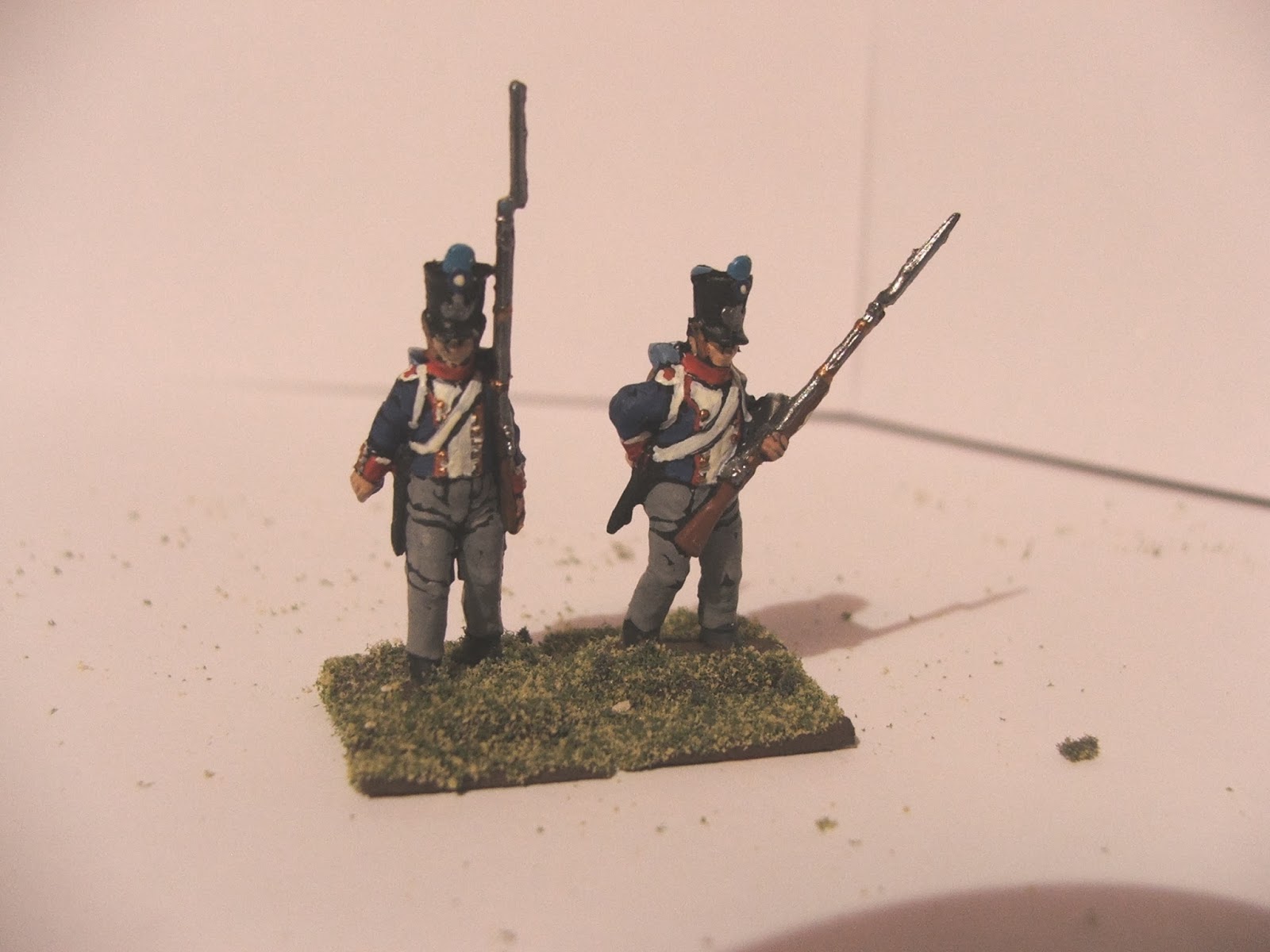 And the first repainted figure of my Hinchcliffe Saxon Jaeger as  testor. I haven't had the motivation to start the other 99 figures. 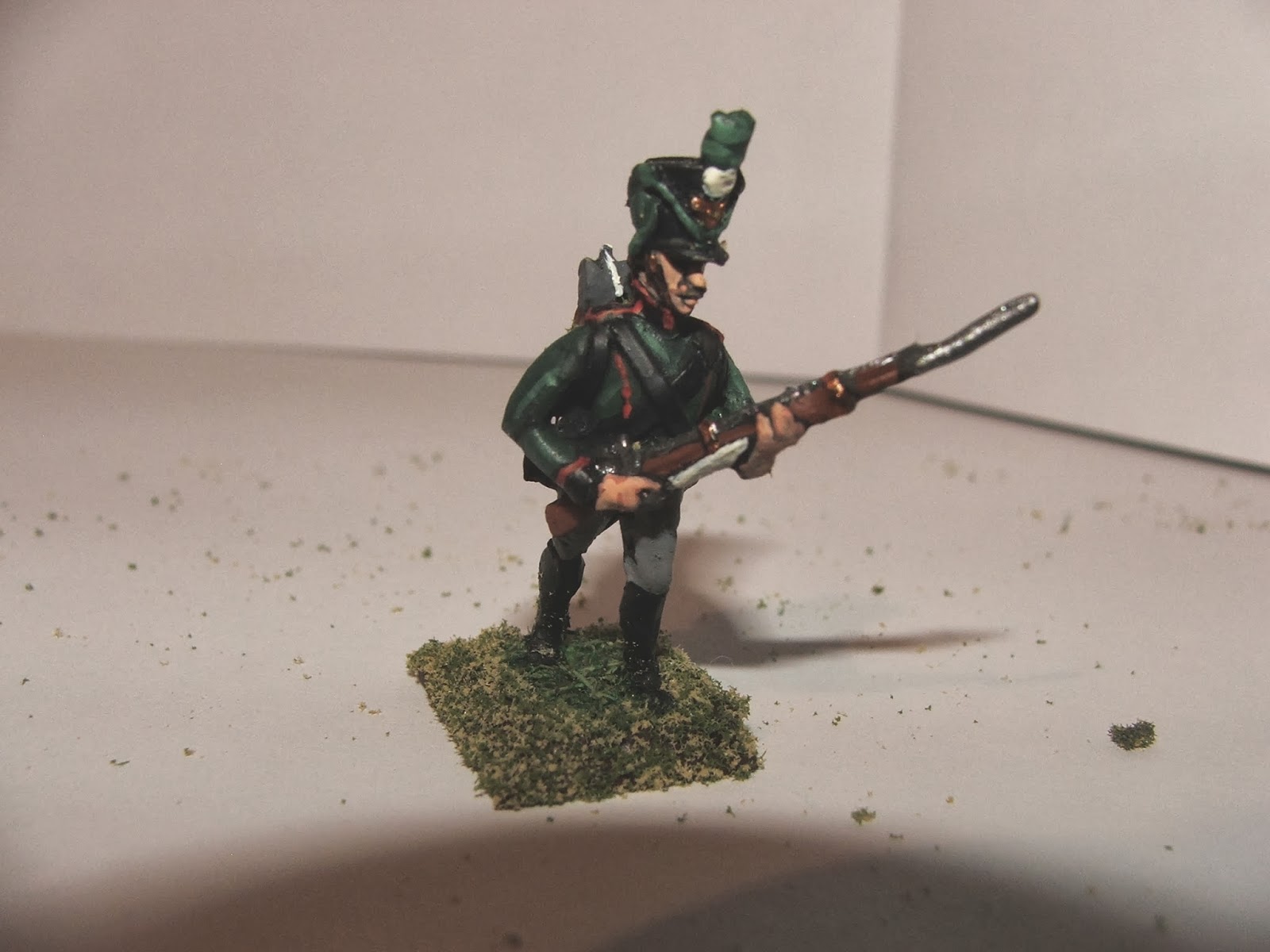 I've also been sorting out some other little piles of lead. Basing 6mm figures for solo wargames and then a white spray undercoat. 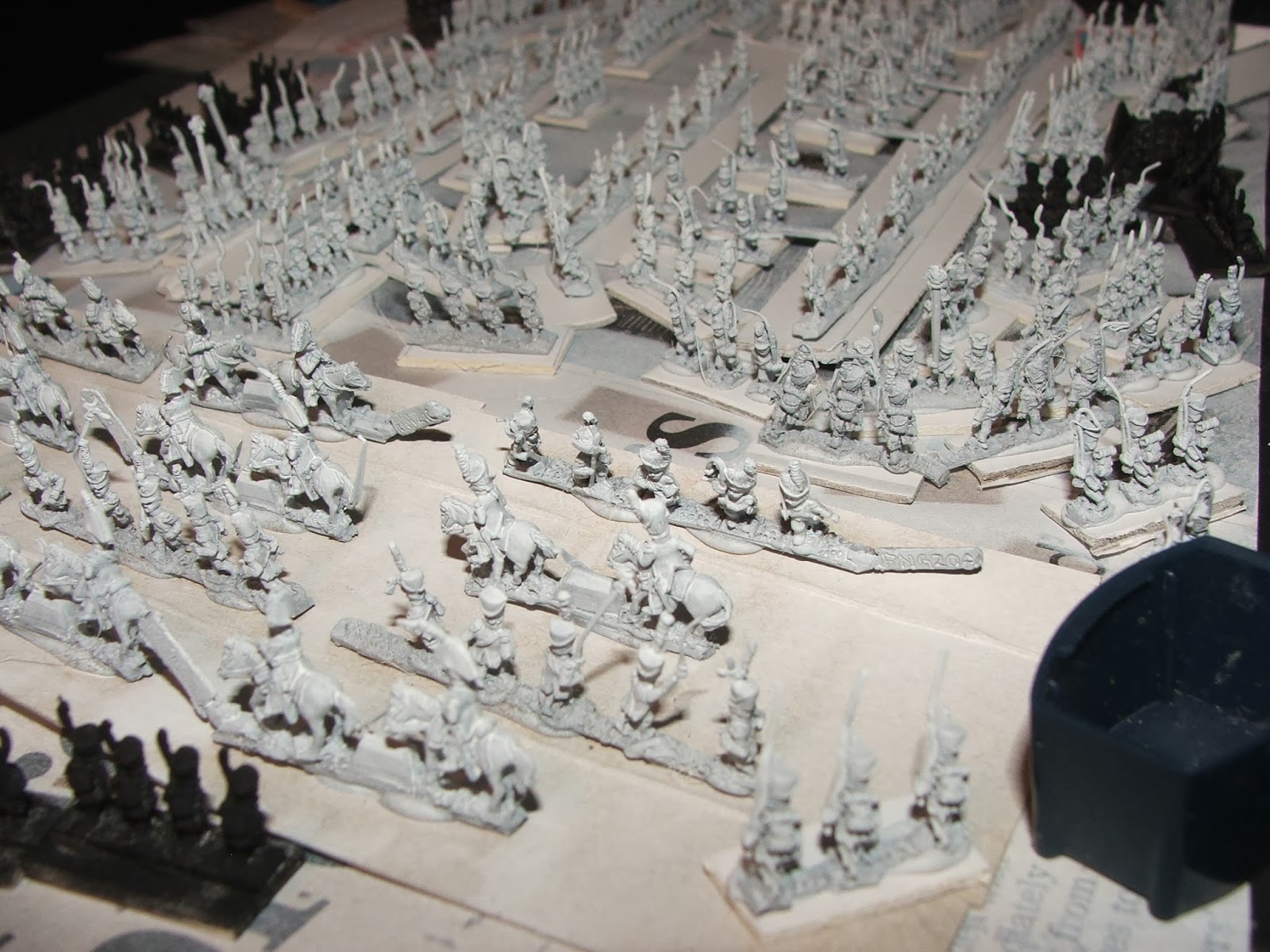 
So after the ACW game at David's house a long time ago I found some of my plastic ACW figures and decided to give them a whirl. The paint jobs are crude, the basing is simply brown paint with green flock but that is what my ACW armies have always been (Since I was 12) and that is the way I like them (Such an odd-fellow aren't I) as my first ever war-game was an ACW game so it has that nostalgic feel about it.

A Revell Union limber, horrible piece of plastic to pit together - Very soft plastic that glue won't stick to so it took me ages to get it ready. 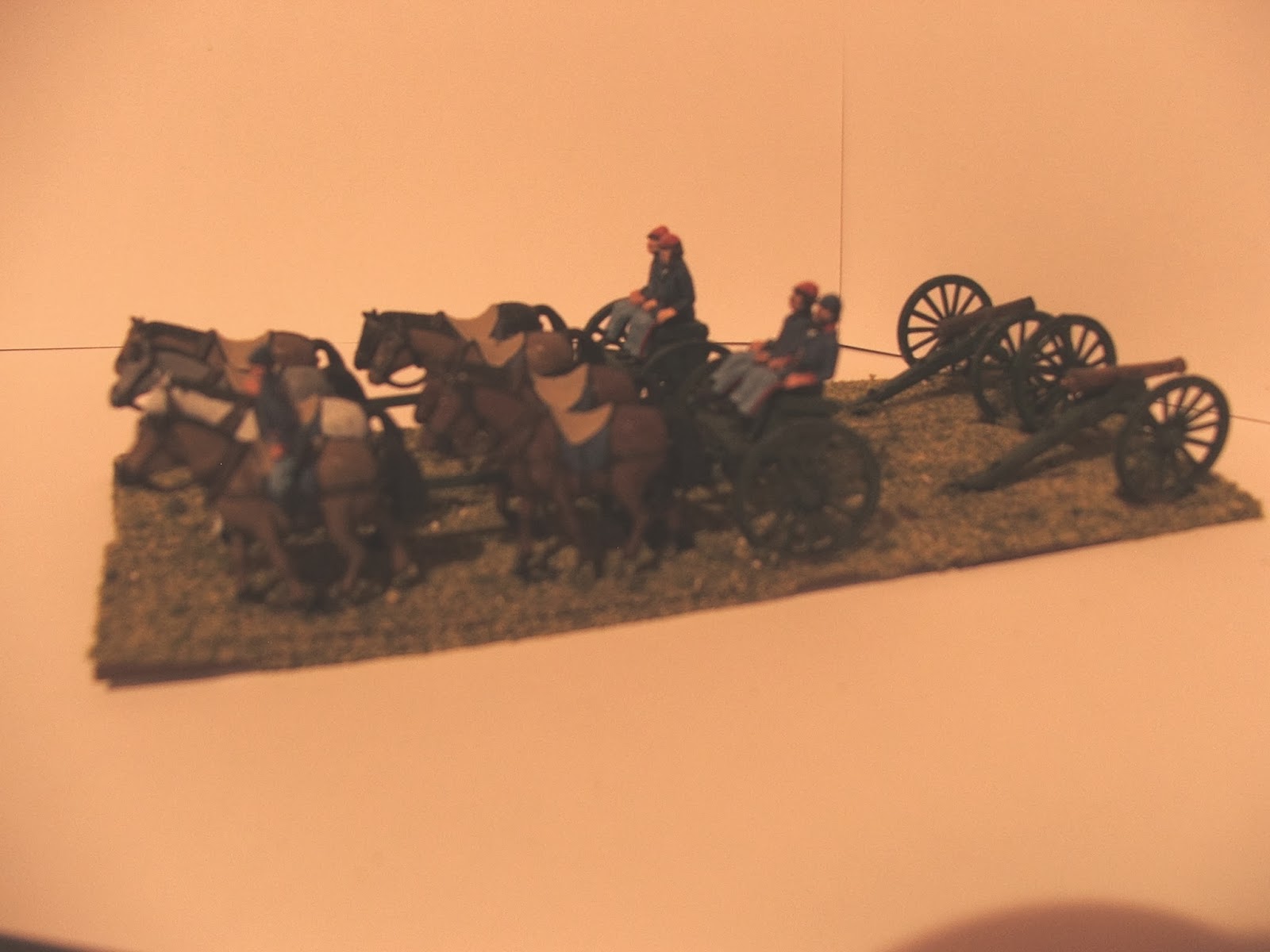 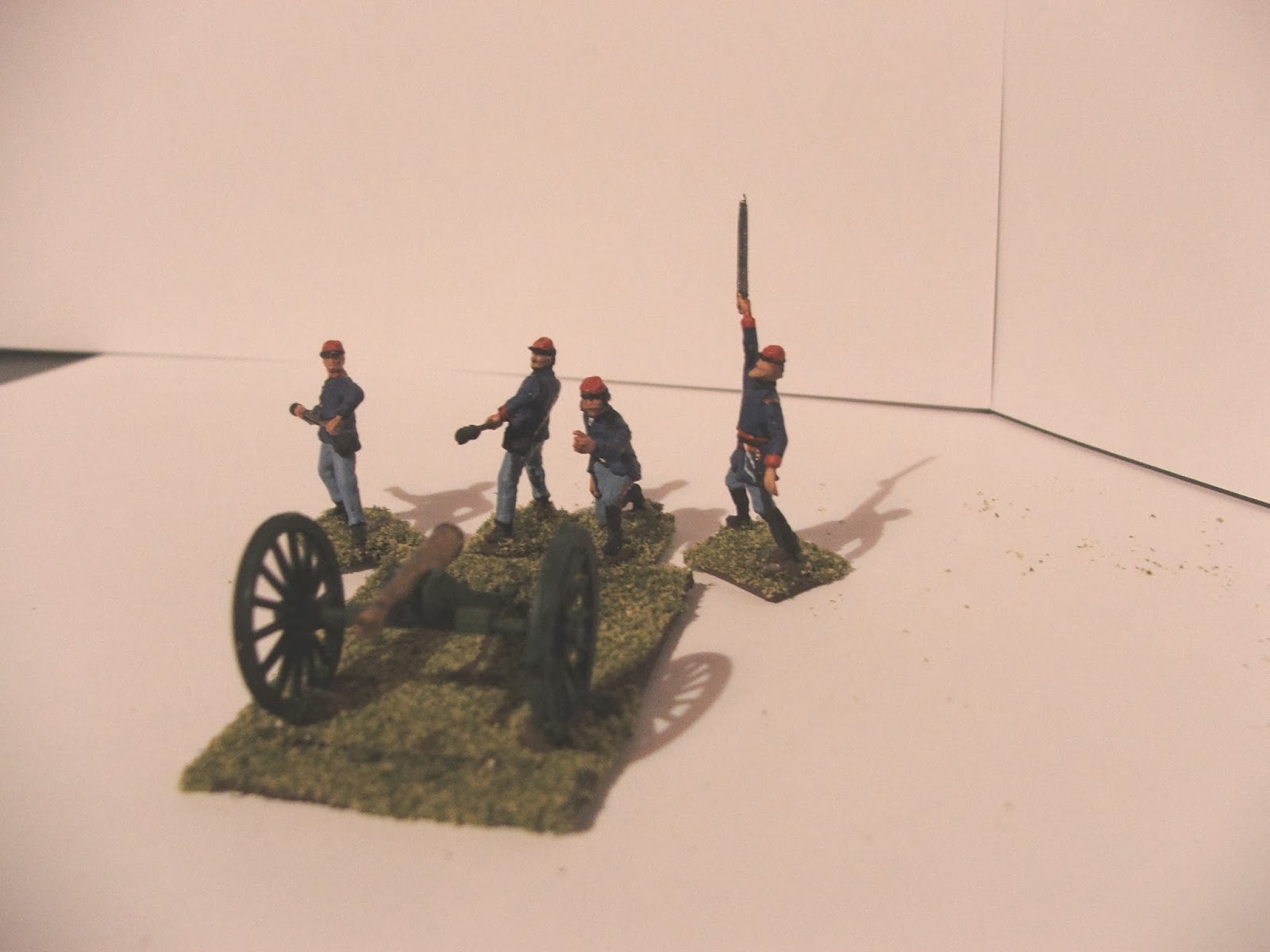 Revell US cavalry. I dragged these out and painted some up. Horrible figures as everyone is either facing left or right. 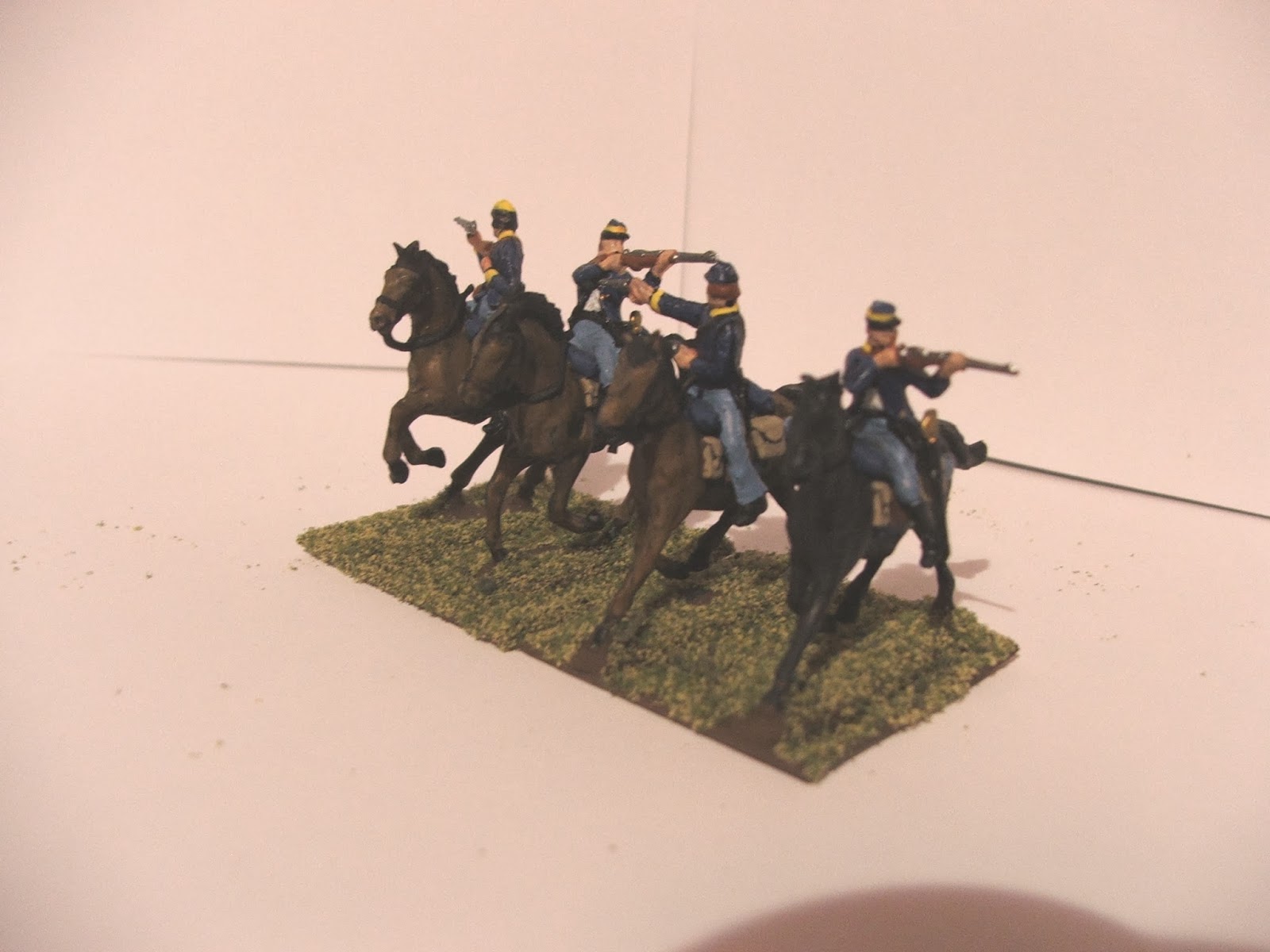 The dismounted troops (Amazing to get Mounted and dismounted in the same pack) are a lot nicer. I have the uniforms with too much yellow on them but they match my 25 year old unit) 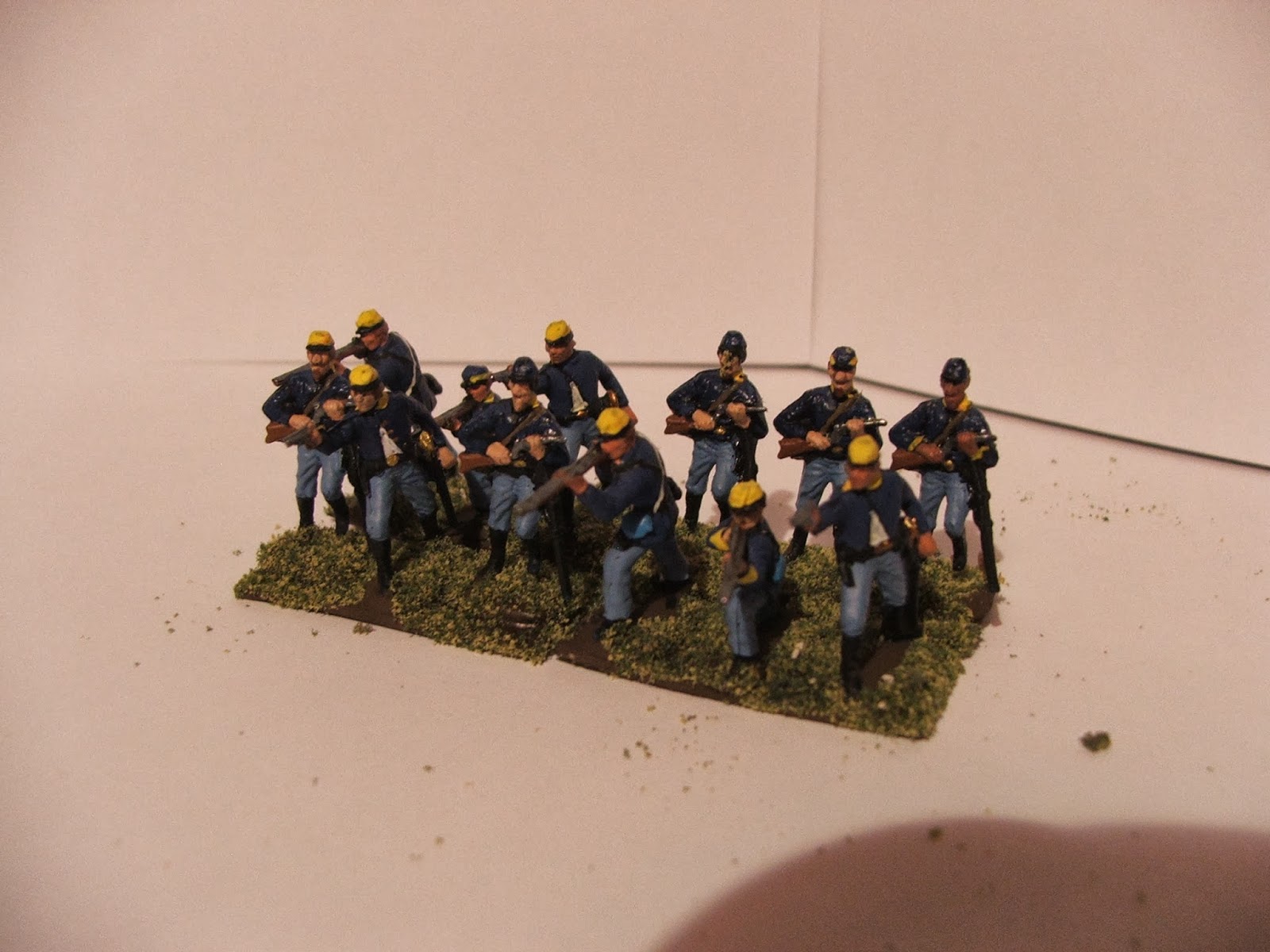 And that Me109 that I bought a  long time ago. It hasn't had a good life, its been dropped several times (.........oh pretty plane daddy .......thud) and my paint job is crap but its the first model plan I have made in some time so beggars can't be choosers). 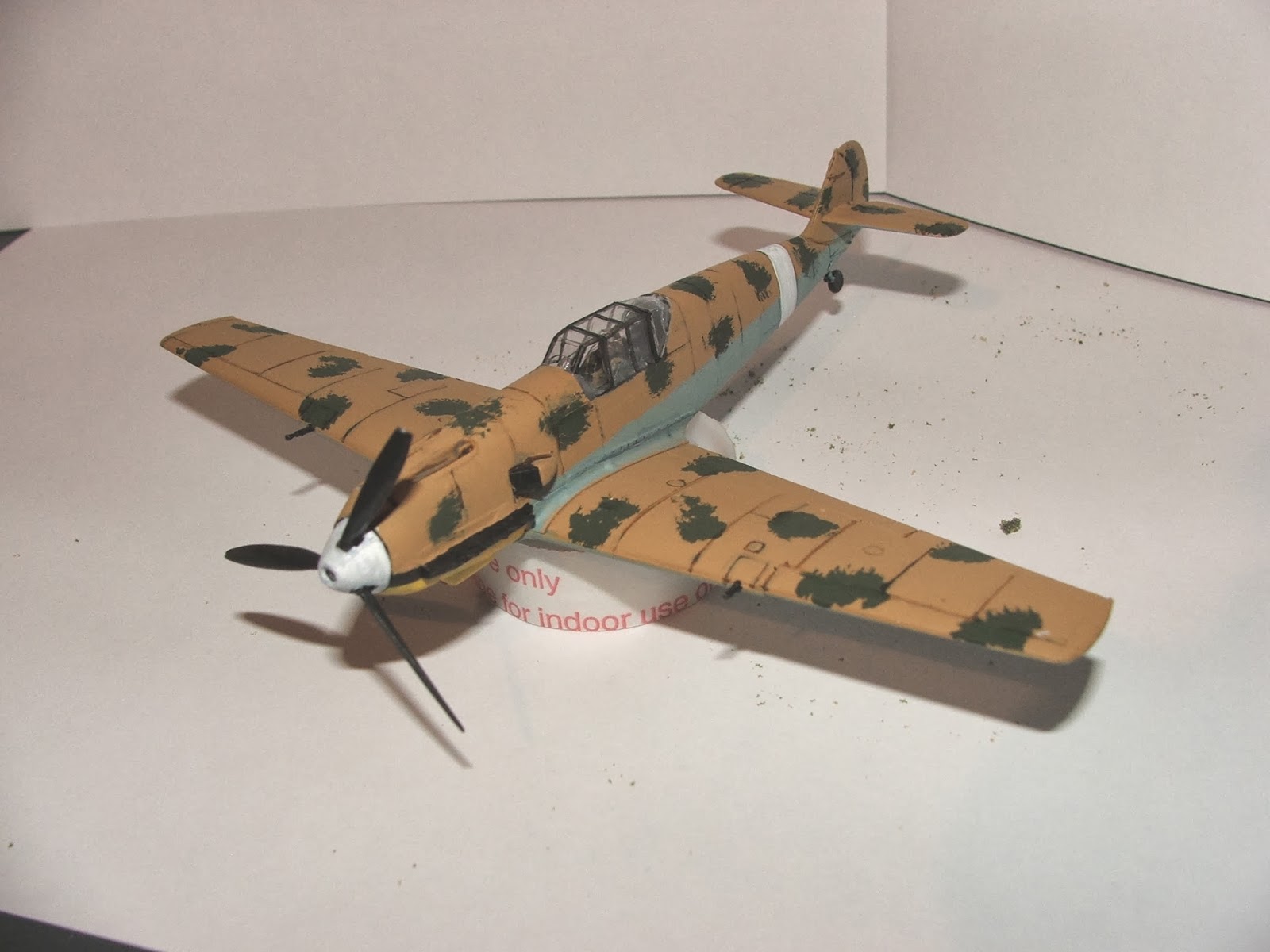