I have been away for a few weeks in Auckland and Australia so things stopped somewhat. I did managed to take several boxes of WSS with me and have made them up (Which was fun) so I at least managed to get something done.

My current task is organising myself now that I have more space and getting some projects started. One good thing to come out of it all is that I am now moving a lot of items into some decent storage so everything is together , instead of being spread across 4 or 5 other boxes, using some "tri-drawer "storage boxes. I have a few already so each genre will end up with its own box - I find this storage a lot easier than my current system that involves checking stuff in any box I can find.

The first task is to get all the 1/72 ACW figures into a box like the above and not have it spread out everywhere like it is now. On top....... 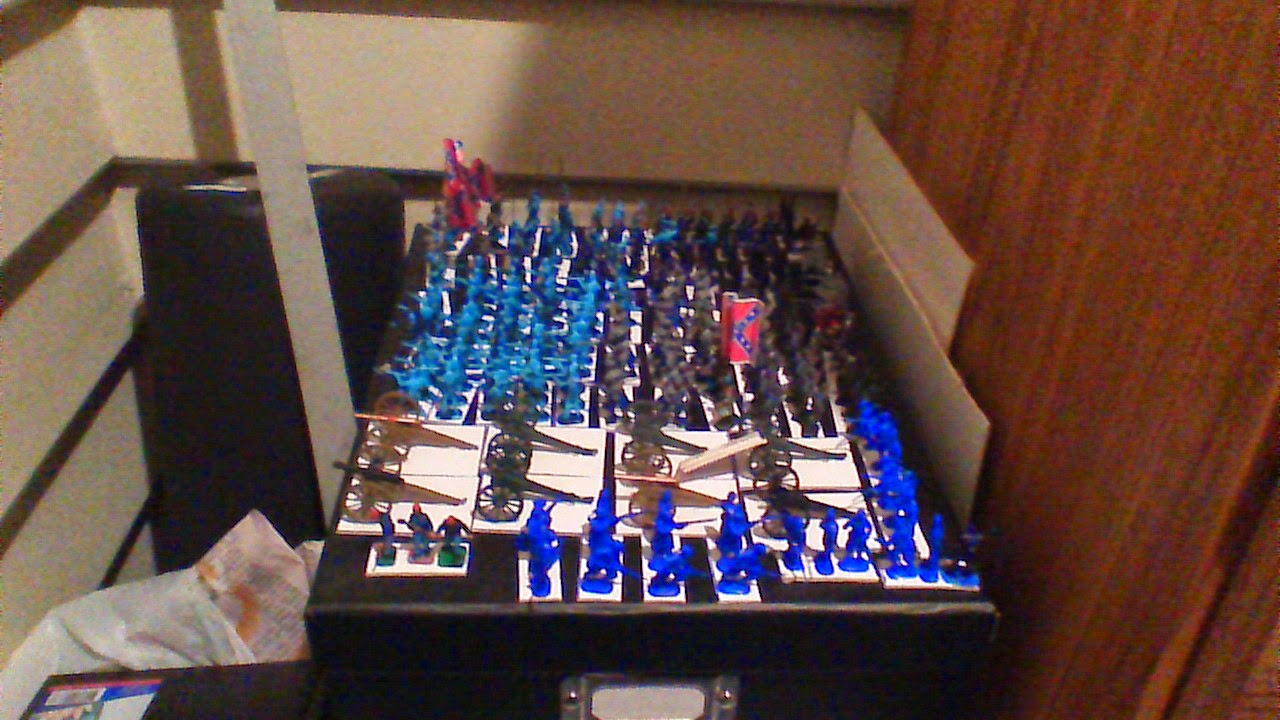 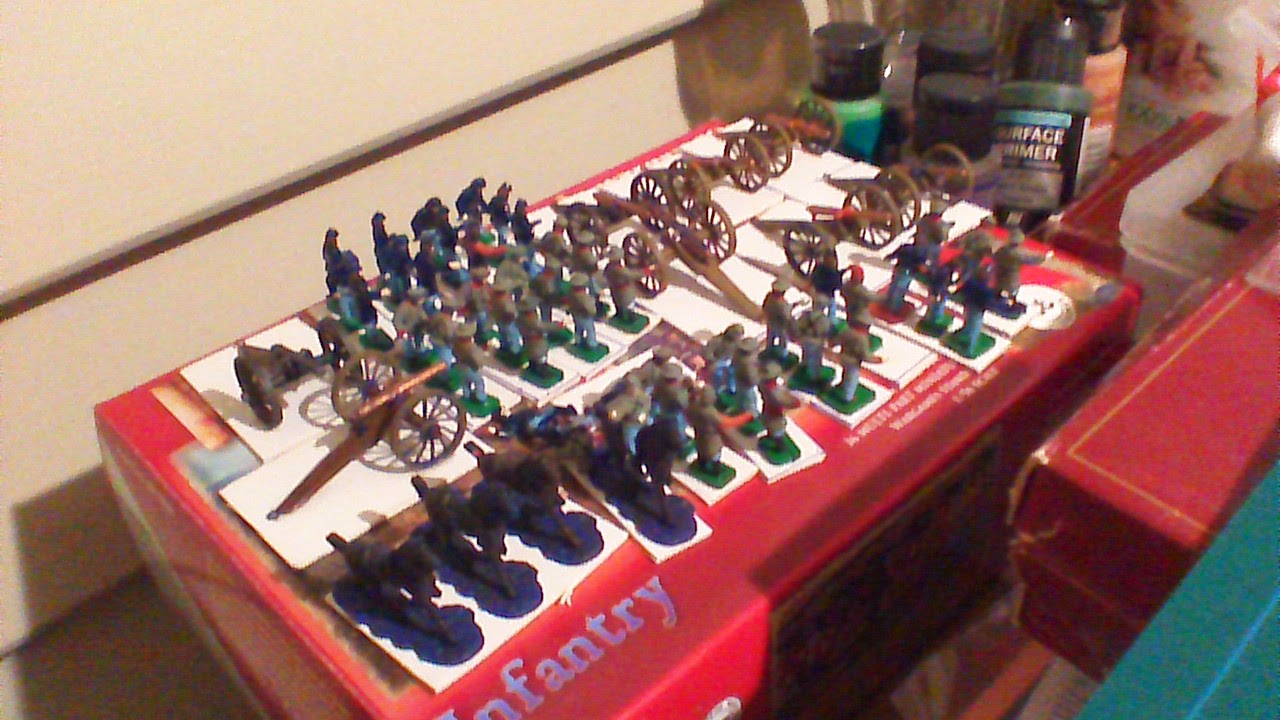 Then I will have another box for WSS and other items I am painting. So incase I moved things around it doesnt turn into a big mess like the below. 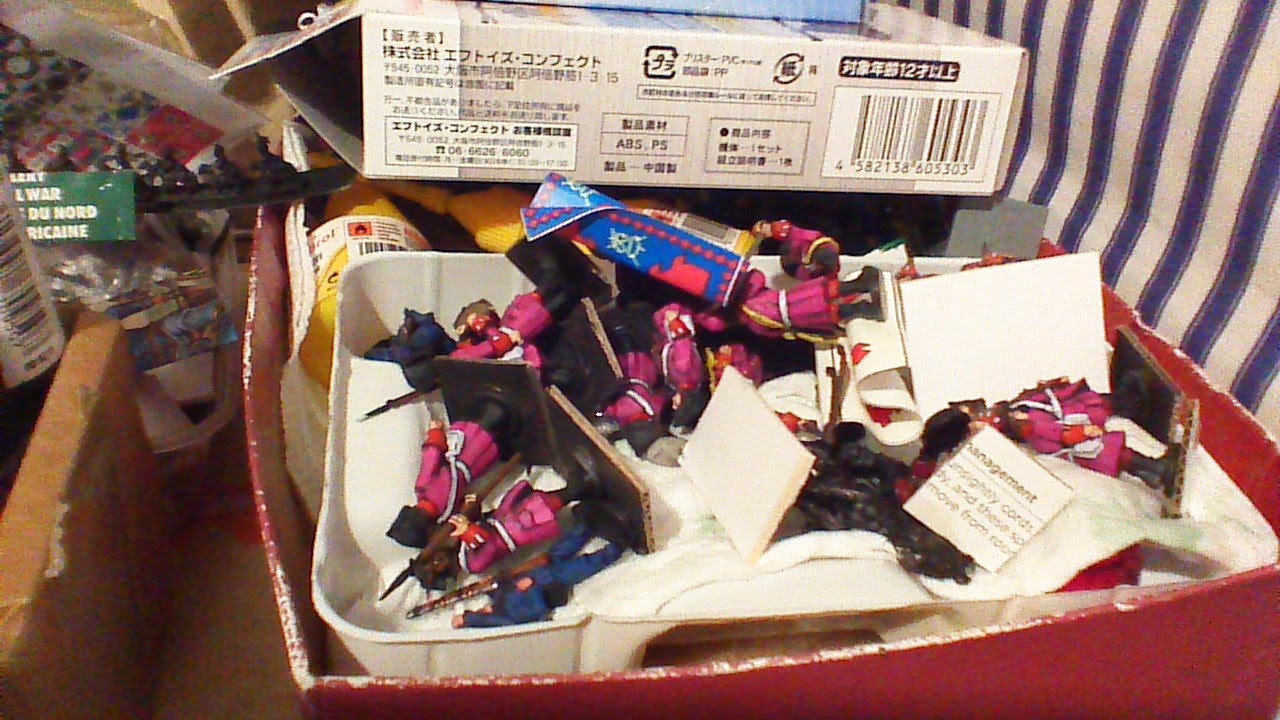 Now that I am back home I have started painting again with a little helper. My daughter wants to paint (Anything) so I have been allowing her to undercoat figures. Below are some 15mm undead (15mm.co.uk) that she coated last night. 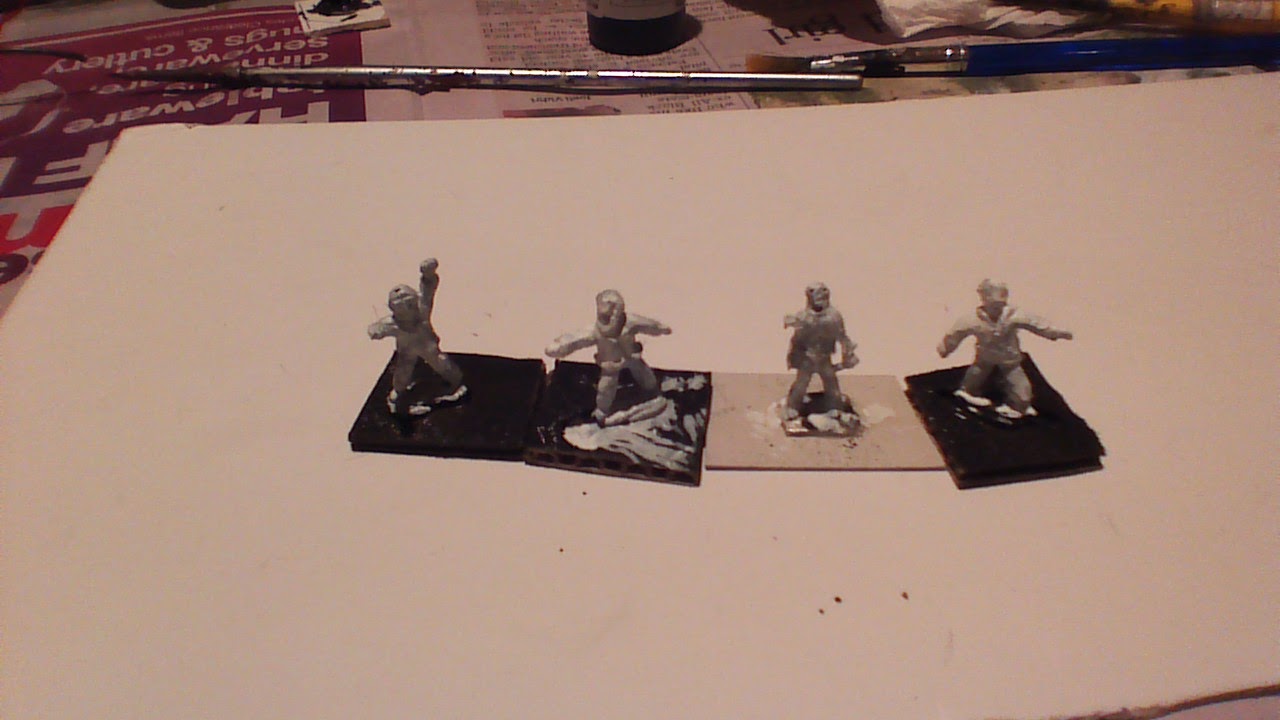 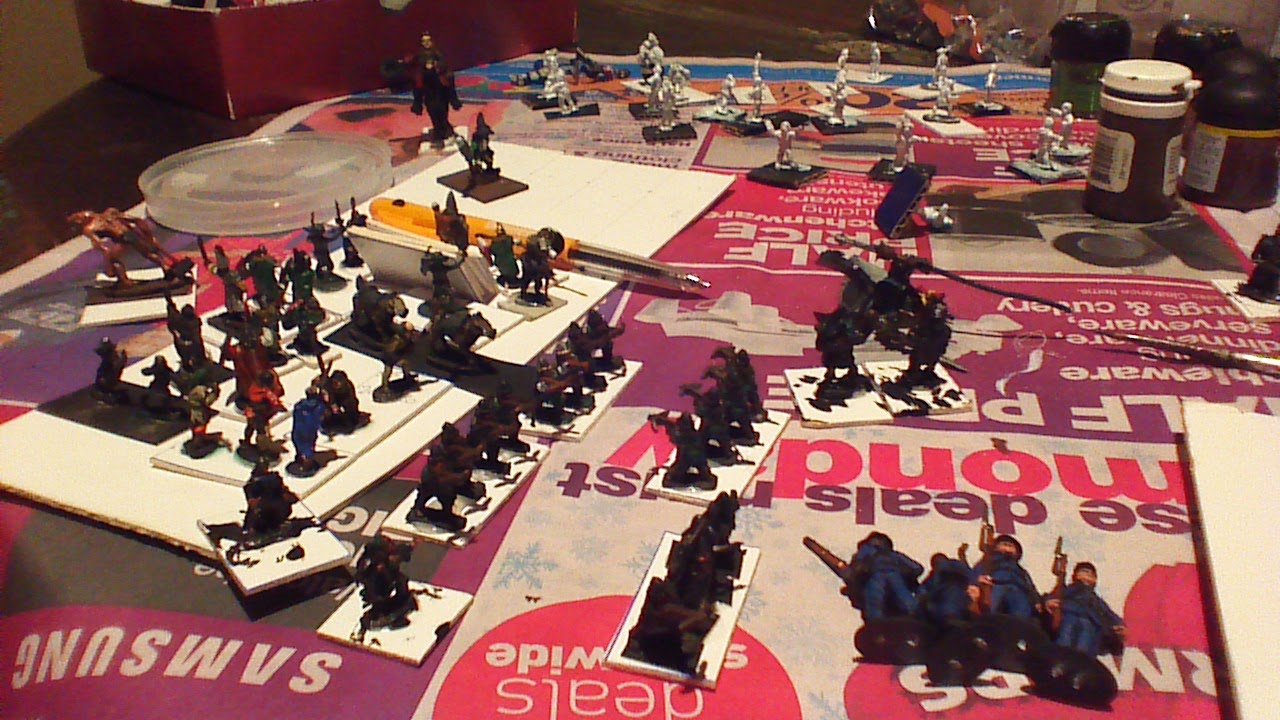 I purchased a box of ACW last year for the refight and then prompt;ly got pneumonia so missed it. So I will paint the last four figures, base then and then sell them.

The photos above have been taken with a tablet that I am experimenting with  given my camera is now quite dated (and clunky).

In my decent into solo war gaming it has opened up a large array of periods that I can now game in whereas previously I only had figures for games where I had an opponent (ACW, Napoleonic, WW2, WSS). Solo war-gaming has however open up a very broad selection of my war-gaming interests, which have to some degree made me think about what I actually want to game with and what current figures are surplus to my requirements.

As a result of Solo I now have small forces for the following periods:

All small scale items I can chuck on the kitchen table (or floor) for some small games when the mood (suits me). I still have the bigger forces (28mm etc) for actual games if time arises  and even though some armies I have not played with in 3 years I still cannot bring myself to get rid of them (28mm Napoloenics is my pride and joy).

There is the issue of terrain. In the world of Glossy magazines and such I always have this view that my table needs to look like masterpiece theatre. However I find now any terrain will do as long as it looks slightly appropriate, does not fall apart when I touch it or stick to anything that moves.

Of course this new plethora of periods has lead to the usual Rule rush trying to find some decent rules. For the above periods I have looked at a large variety of rules and I think I have settled on some already.

The above rule-sets have good mechanics, variety,  swings of impetus that a solo wargame needs (With a few tweaks).  They do have their faults (as all rules do) but I can live with that.

As we all know finding rules can be a enjoyable yet tiresome process, forums are rife with strong opinions and its hard to guess a rule-set without trying it. I had an interesting conversation with someone recently where they stated Solo war-gaming was stupid, Piquet was crap etc etc and basically everything I was doing was nonsense.

I don't think so, the person in question is a ardent follower of trend. First it was , Rules of Engagement, blackpowder, then Lasalle, then Saga, then Bolt Action. Every year he seems to be re-basings entire armies for a new ruleset that goes out of fashion as quickly as it comes in and then he sells his army. I'm happy just to find what I like and stick with it, its not a competition after all.

Archduke Piccolo wrote a series of Napoleonic and ACW rules a very long time ago that I still think rate as some of the most enjoyable rules I have every used, considering we have played them on and off for over 25 years - simple, to the point and enjoyable and my figures are based the same now as there were back in 1993 when I purchased my first front rank infantry. It is finding a set of the ACW rules in my University papers that I then started to do this ........... 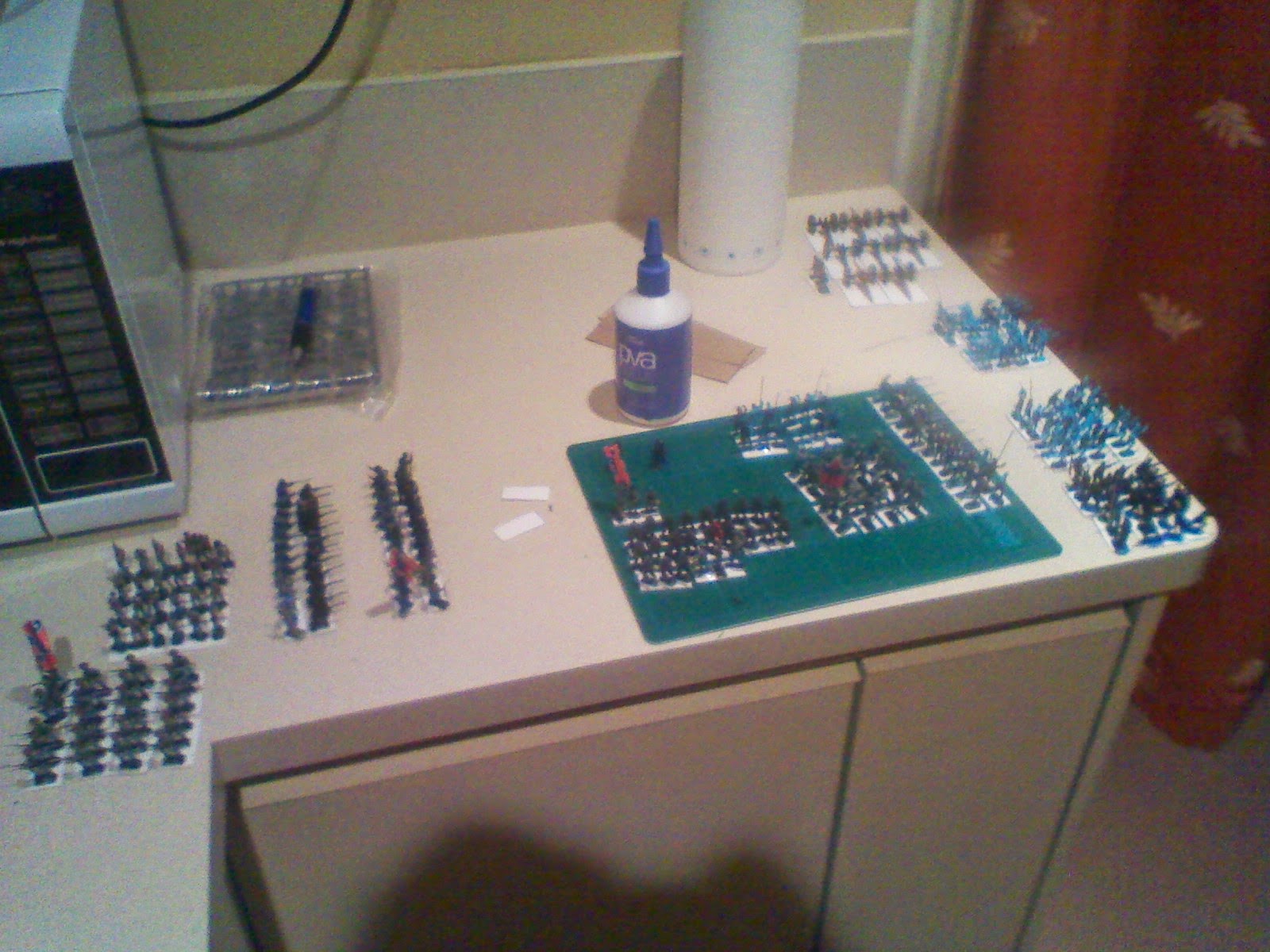 I am slowly (turtle break neck speed) getting my 1/72 armies into gear so I based all my remaining figures ready to paint.