Another side project I have is to re-fight the peninsular war battles solo when I can using Sam Mustafa's Grande Armee rule set. As I have a large quantity of 1/72 Napoleonic figures floating around I decided to use them for this. So far the Army of Portugal is almost complete so I shall make a series of blog posts showing them off.

These were painted in large groups, not really that detailed or accurate and I also played around with some flowers\shrubs I was given.

Below, are some of Kellerman's cavalry

A brigade of Chasseurs (Italeri). Is this the only Chasseur set on the market ? 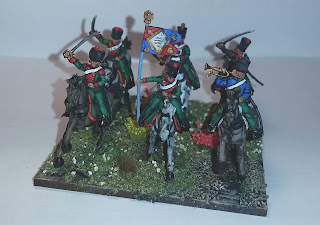 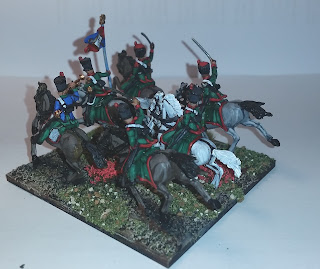 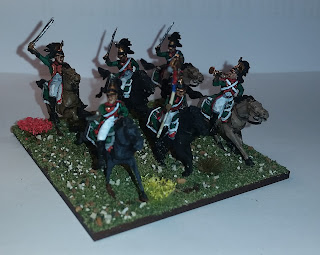 So yet another side project !. The last few months have been taken up with sorting out Romanians for Operation Uranus, however now they are complete I am working on the following at my leisure :

I shall make posts on these in turn...