The Prussians head for the hills 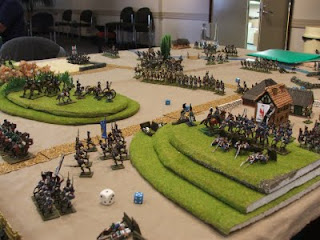 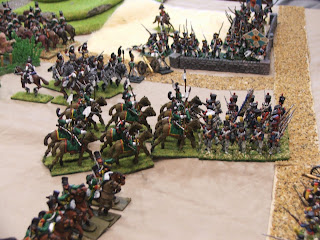 The French surge onto the bridgehead 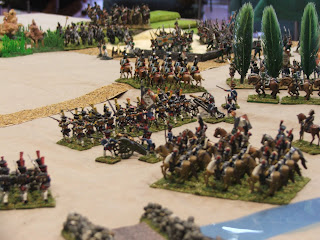 The Russian 3rd Division braces for the inevitable 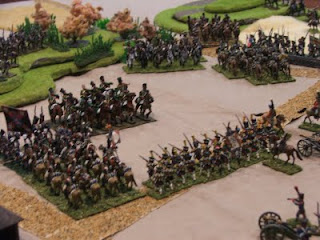 Ion and I fought a scenario out of the wargames scenarios book. The Scenario involved the French trying to break out of a bridgehead while the Allies (Prussian and Russians) tried to force the French back over the river.
I favoured my luck slightly and sent the Allied flanks into attack instantly however the 2 french 12pdrs on the banks soon had my wings in disarray. What progressed from there was an extremely blood thirsty slug fest that eventually saw the allies being defeated.
Posted by Jacko at 3:37 PM No comments: