April 1st 1810.
From his office in the citidel of Cadiz, General Paulo Armano Jacquino read the daily reports from his field commanders around Spain. 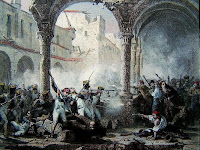 He worried that Catalonia had fallen as there had been no contact from General Ballasteros and the British Navy had reported smoke rising from Barcelona. This would mean that Zaragosa had fallen and as such northern Valencia would soon be under pressure from the French Corps around Catalonia. Valencia was still in Spanish hands but this was only for a matter of time as news of the cowardice at Xativa had recently arrived, the only saving grace was that the Walloon Guard lived to fight another day. Jacquino was annoyed that the possibility of a great victory was ruined by a rain storm and poor morale but as a result he had concocted a stunning plan that with a little luck could possibly work. 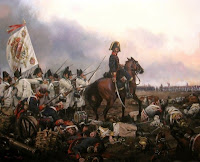 The Army of Galacia was surging across the northern coast towards France, nothing was able to impede its path. The British had landed at Gijon and were operating in Old Castille and Jacquino was happy that he had met a Commander (General Hill) that wouldnt hide behind fortifications like Wellington had. The Army of Galacia had also marched into Portugal due to reports of french burning Oporto, but all the patriots found was angry peasants and an abrubt Wellington.

The Army of Extremedura was occupying its province whilst probing to the North and East in an attempt to locate and intercept French supplies and troops, but nothing significant had occurred apart from reports of a French Division moving slowly south.

In Andulucia every success had been made, the French retreating in full force as the Andulucian Jugganought liberated Cordoba and pushed north into New Castille.

What news would the coming weeks of April bring ? Would the British start to act, would Napoleon arrive personally to enslave Spain again ? The only certainty is the Thin White Line shall remain defiant ! 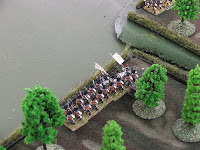 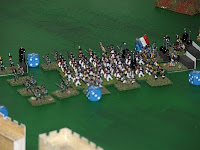 Its been a busy month - work has increased and I've been doing some freelance counselling work on the side. But I've slowly been painting my Spanish 15mm army in unison with our campaign.

As overall Spanish commander its been quite entertaing moving militia armies around the map, while French veterans rampage everywhere else. Some small rule and OOB hiccups have been a small headache but this is just a teething problem and it has been quite good fun. Barry deserves a big medal as he is running the campaign and it is excellent so far.

We lost catalonia as I was outmarched and was caught divided, and then Barcelona fell but they garrison fought to the last man. The remnants of the Spanish army is fleeing south and whos knows if they will even survive.

In Valencia we attacked a small outpost and had the entire french army show up so we had to beat a hasty retreat and are now waiting the onslaught. In Andulucia things are going well, Cordoba has been liberated and we are chasing down the odd french unit while Extremedura is bracing itself for a french attack on Badajoz. In Galacia my troops are raiding Britsh supplies and have even sauntered down into portugal for some r&r.