MIssion Control- Request fire mission, over..Mission Control do you read me ?.......Rodger Young !!! Do you copy ?

Also known as Big Battleship orbits planet while Starship Troopers get a pasting.

Another quick SciFi game to play test some rules. Classic Starship Troopers v Bugs and not looking that good for the bugs However a weak Mobile Infantry Force, lots of bugs and A Starship that seemed interested in other things led to a great game.

A short summary - Starship troopers landed, shot bugs and then faced a bug Tsunami.  A certain spaceship in orbit could not be reached several times for fire support and the Troopers had to fight and die the hard way. They managed to shoot their way out......just. 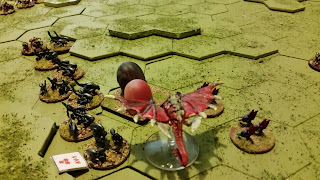 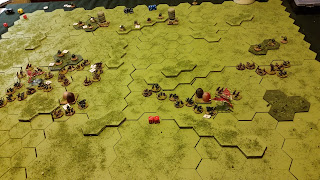 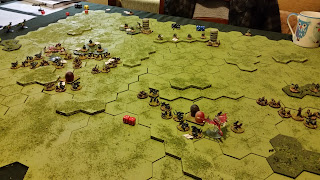 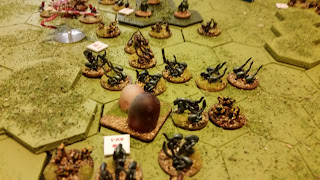 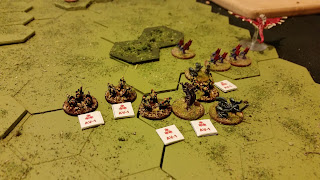