Sailing up the Limpopo.

Archduke Piccolo made an excellent account of Portable Wargames Colonial action, so I will not attempt to re-write it.

For the original positions, I went with several baggage trains, intermingled with foot troops and cavalry bringing up the rear. I had hoped the Cavalry could use the clear ground to some effect, but in the end, they were "swamped" with the rest. 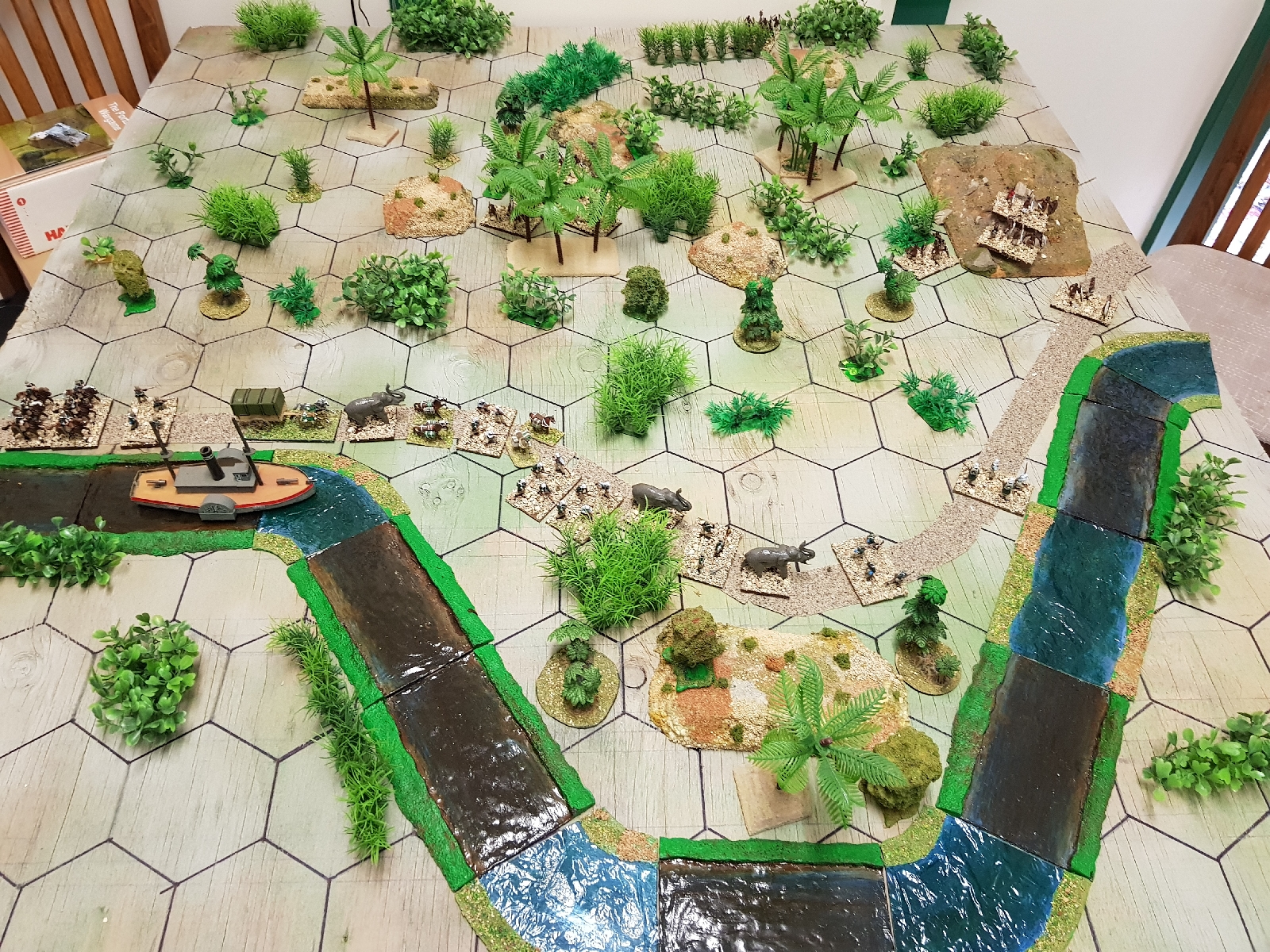 As bad luck has it, a large force of M'Butu was stationed mid-table and close to the column, there was not a lot I could do here, apart from form ranks and prepare to receive them. 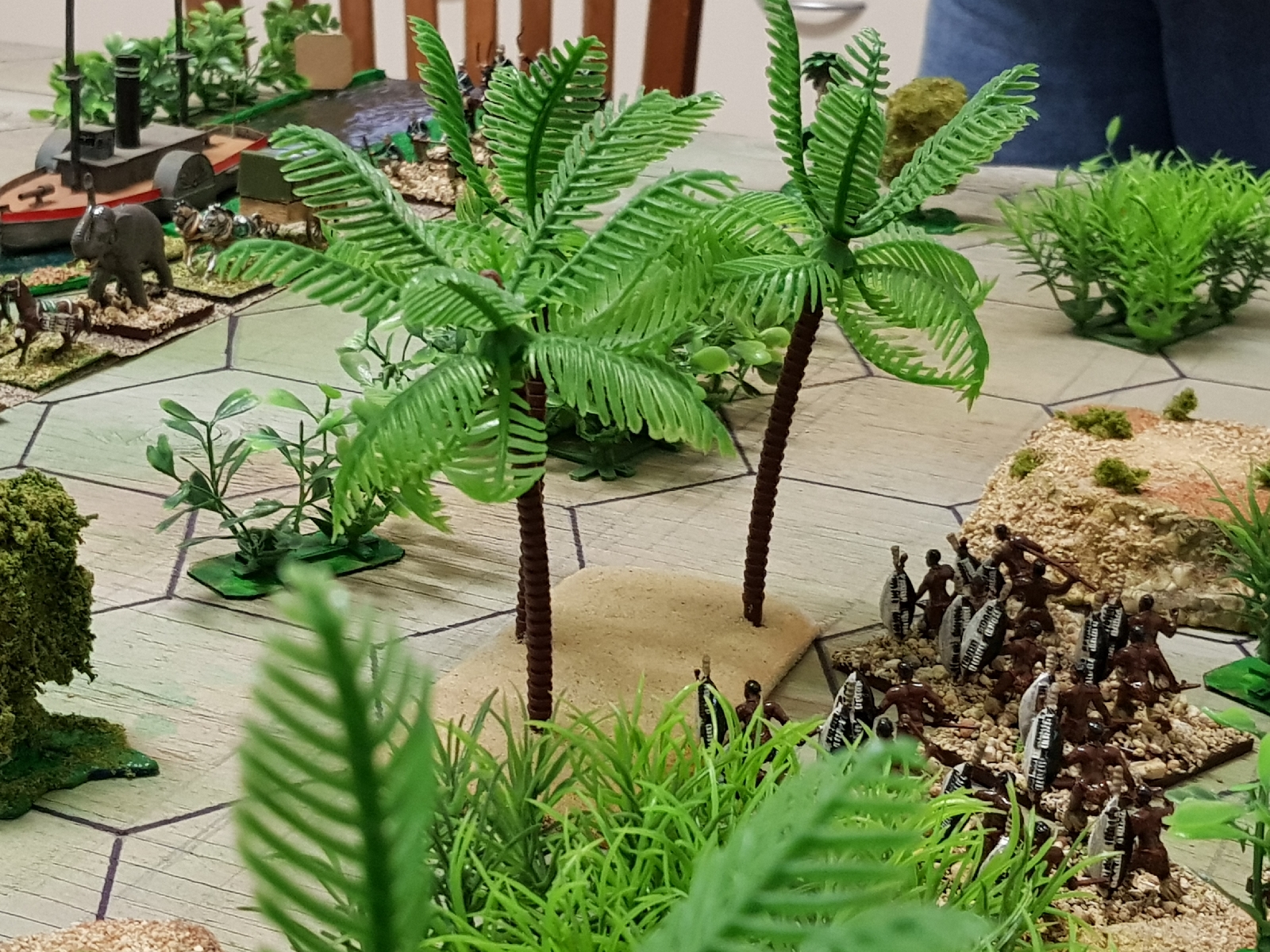 The gunboat looked impressive, but Azeitonian gunnery appeared to have been influenced by the hot weather or rum. The did not achieve a lot during the whole game. 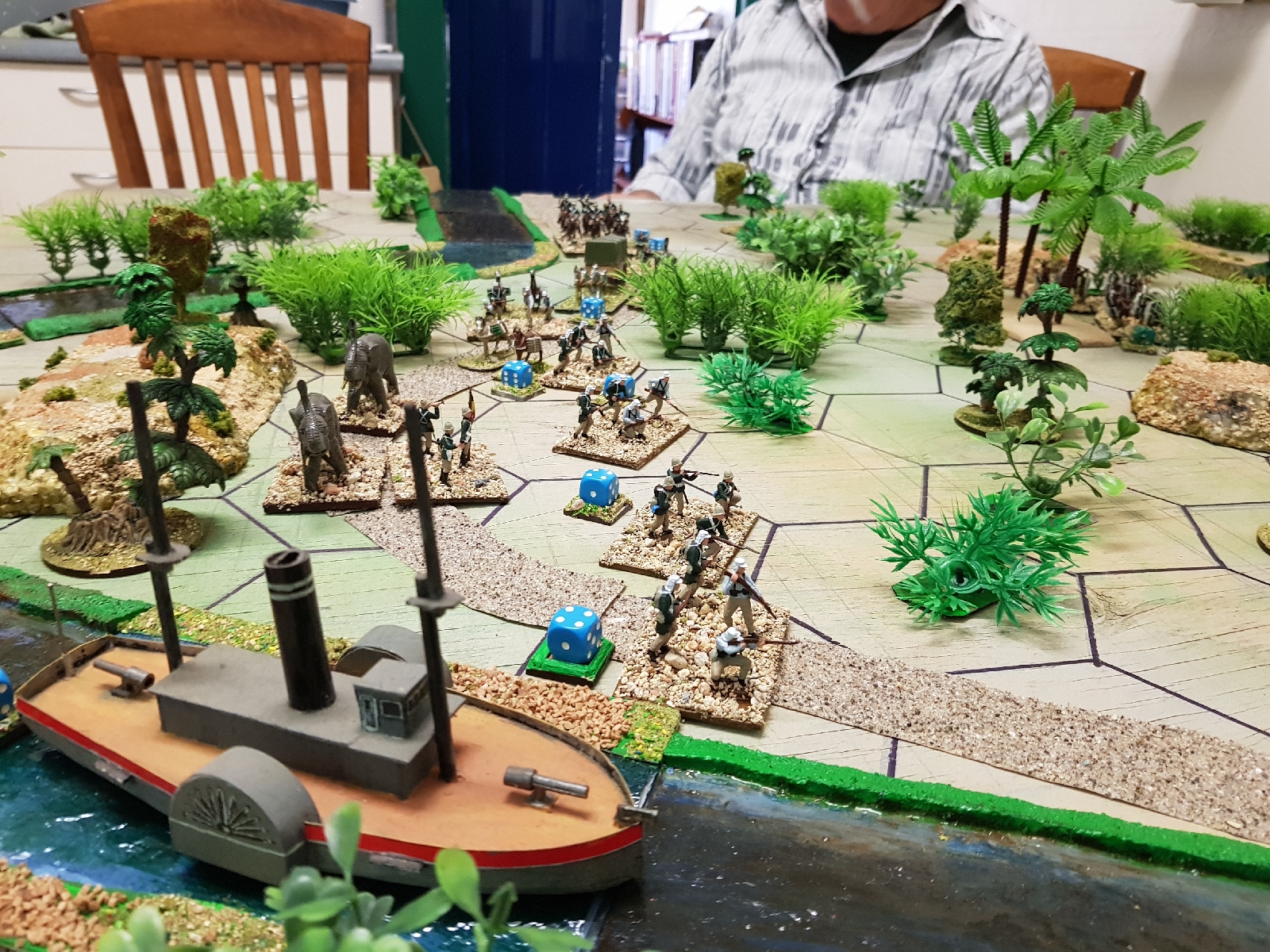 The advance party fixed bayonets to repulse the initial attacks.  This advance guard survived most of the battle despite being in the thick of it. 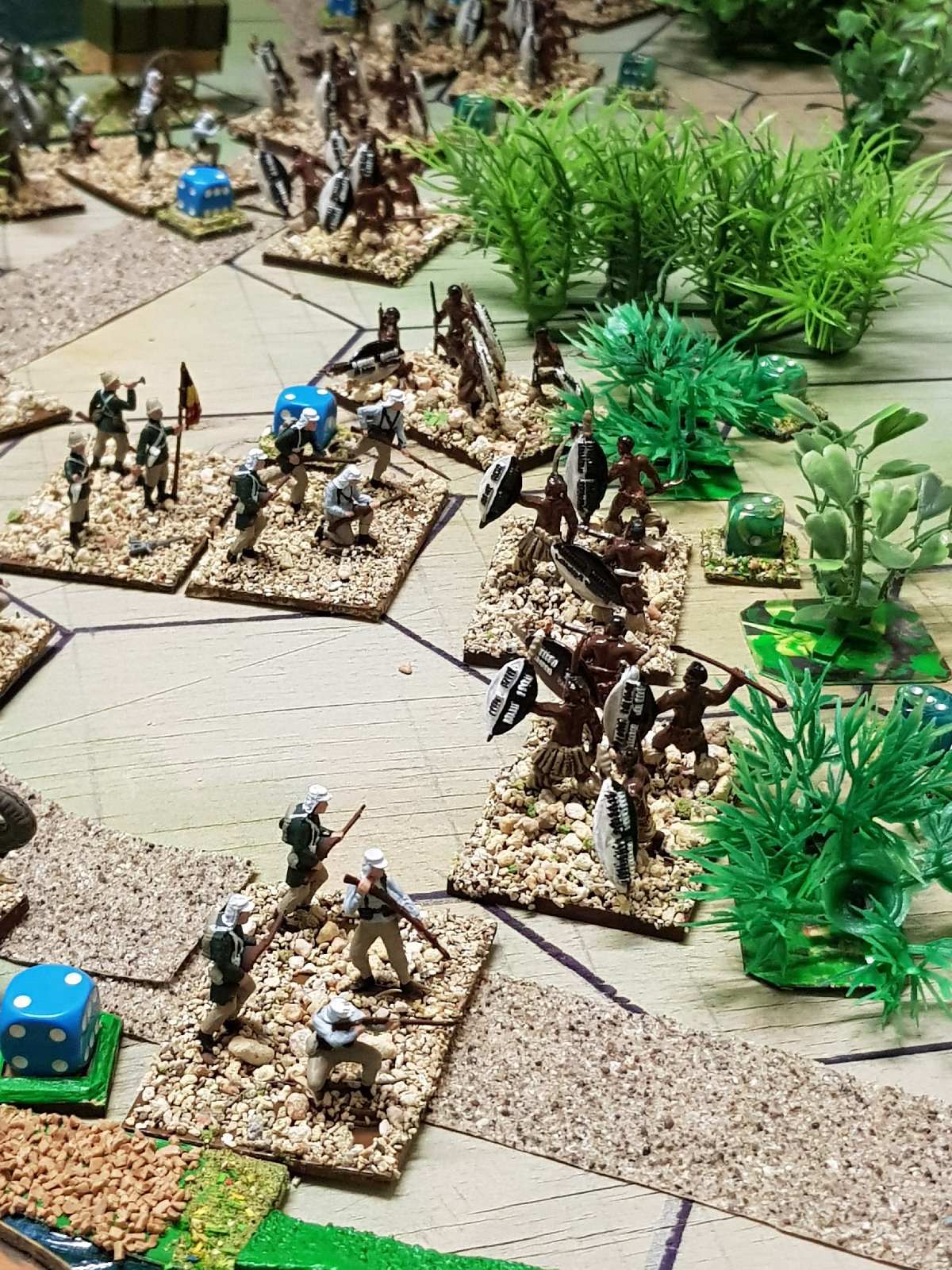 The M'Butu swarm out of the bush, overwhelming most of the line. 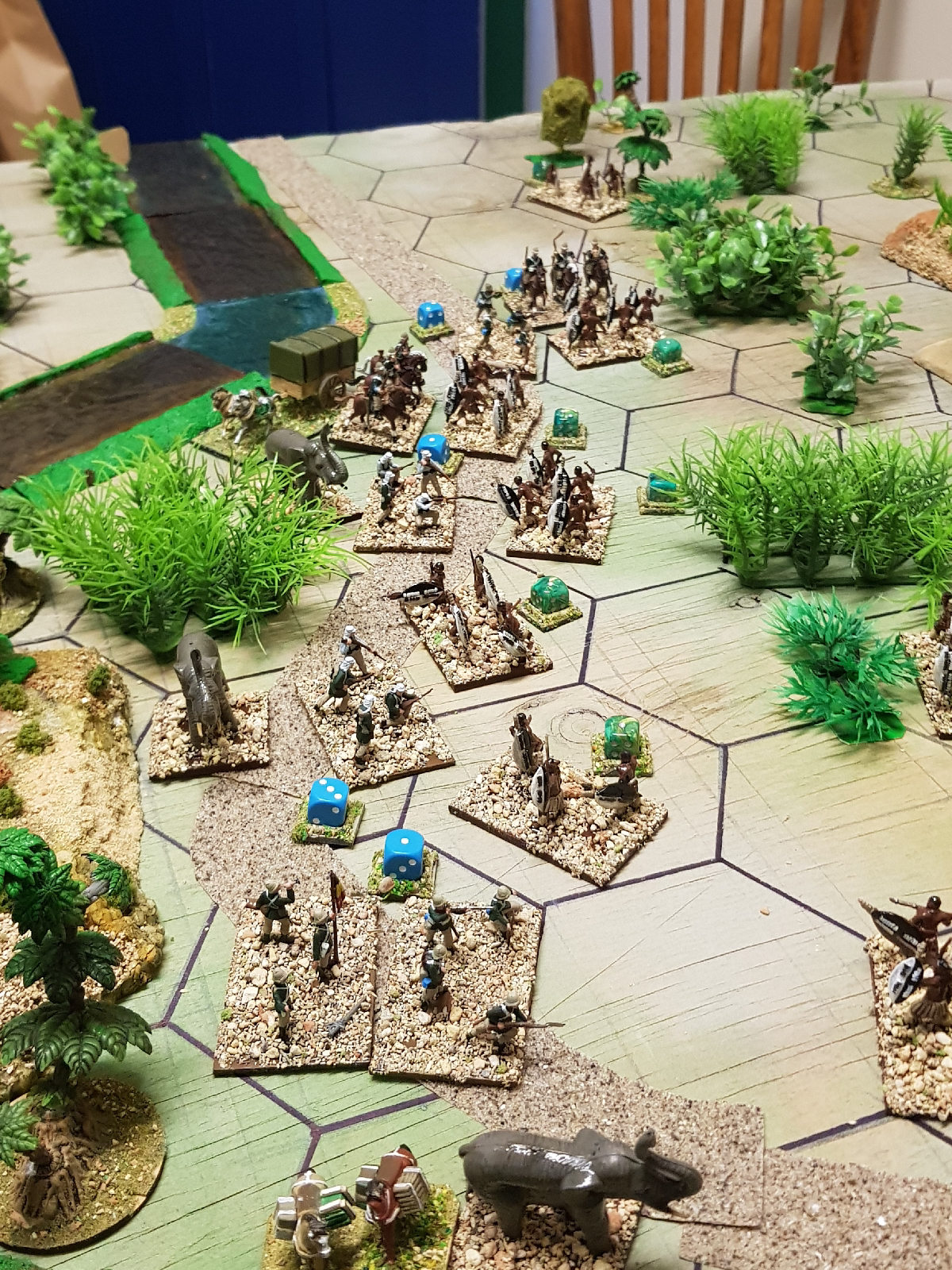 Governor Relaxado rallies what is left of his fragile command on a small rise on the banks of the Limpopo. 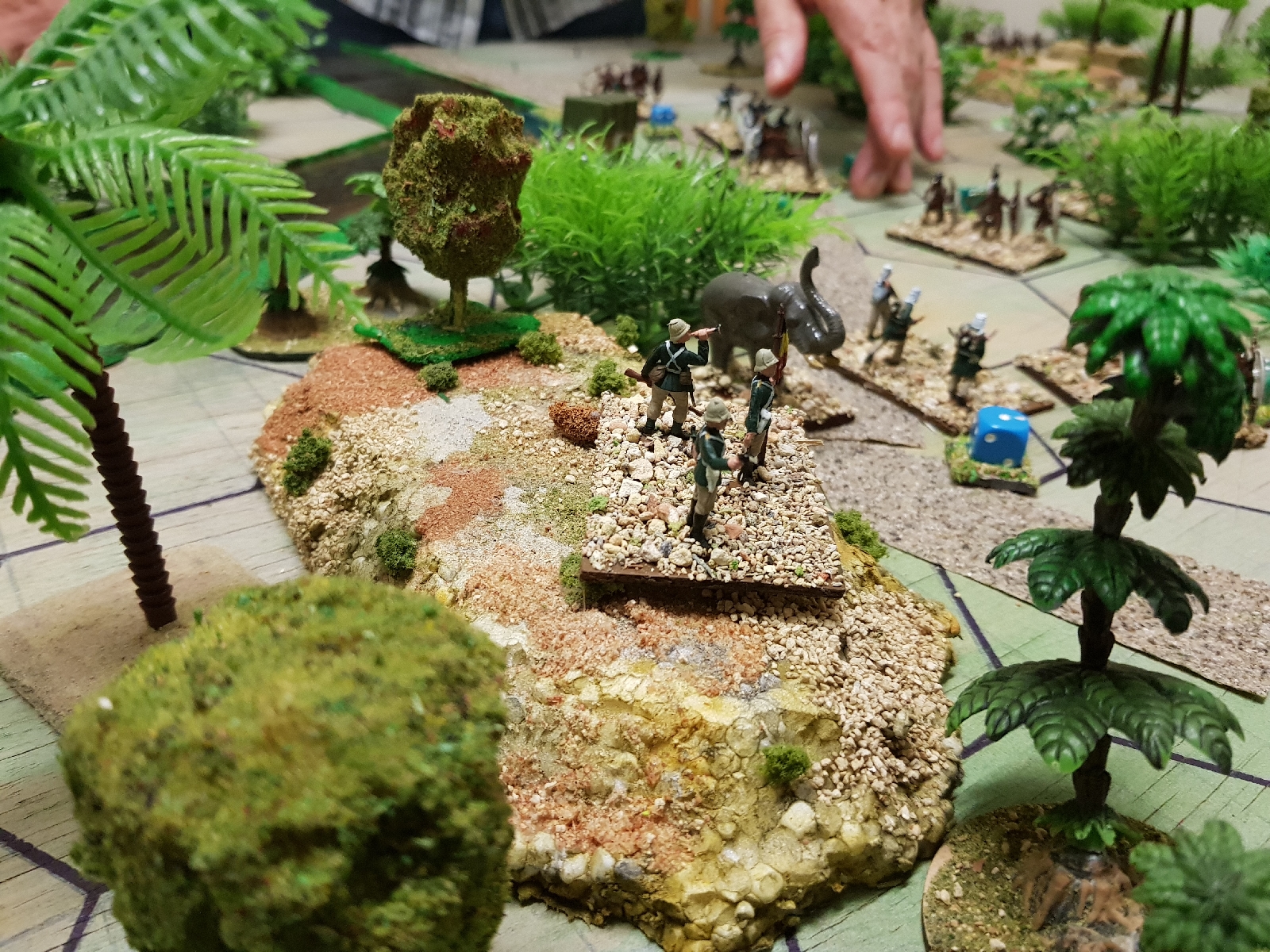 As the M'Butu withdraw, a mysterious party watches the forces separate... 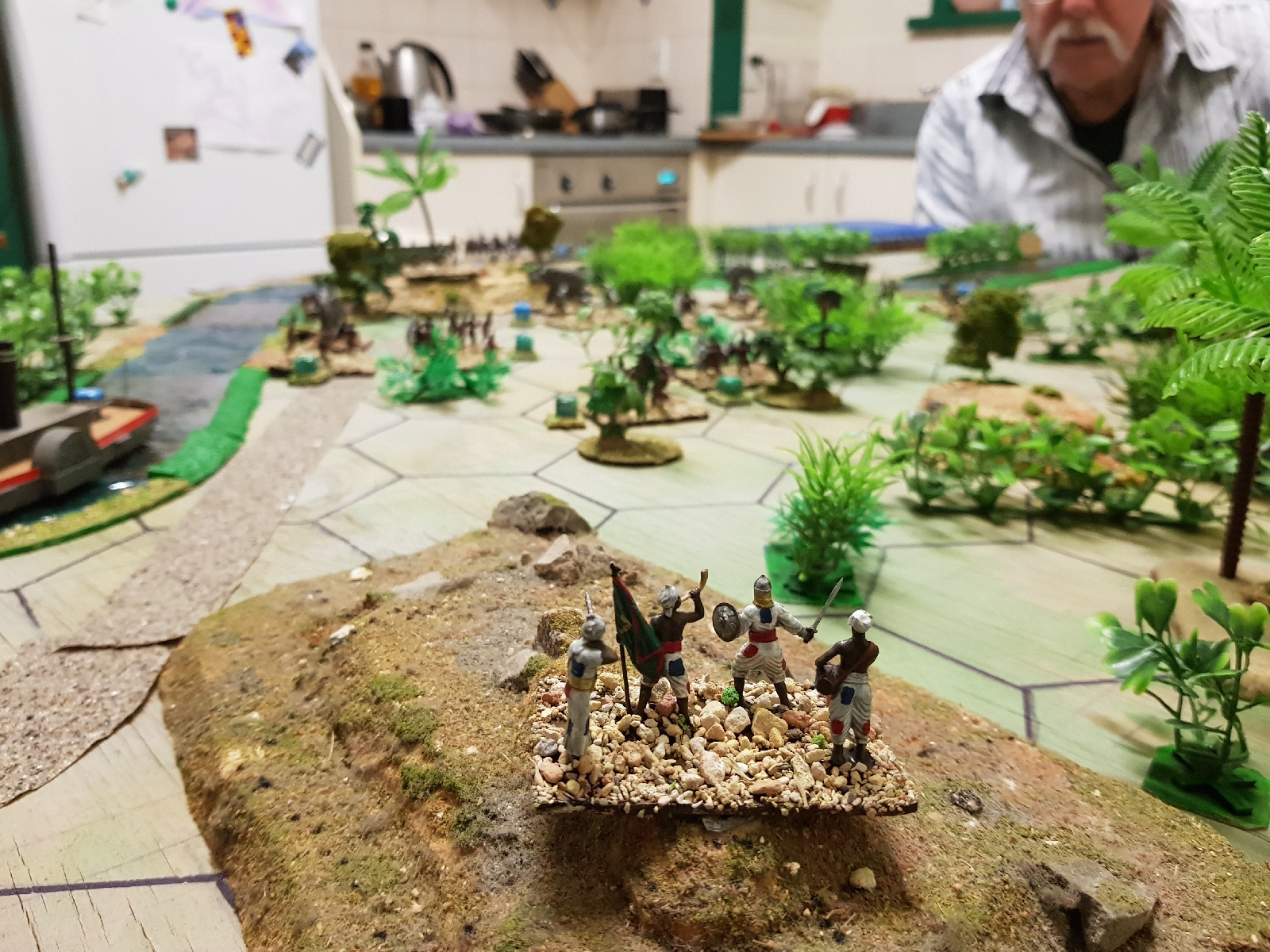 Really nice pictures, Paul! I'll sort out a scenario based (very loosely!) on the 'Battle' of Kororareka. No bush this time, but a fair few hills, and the Azeitonians get the benefit of a few small fortified locations. On the other hand, their SPs won't amount to much...